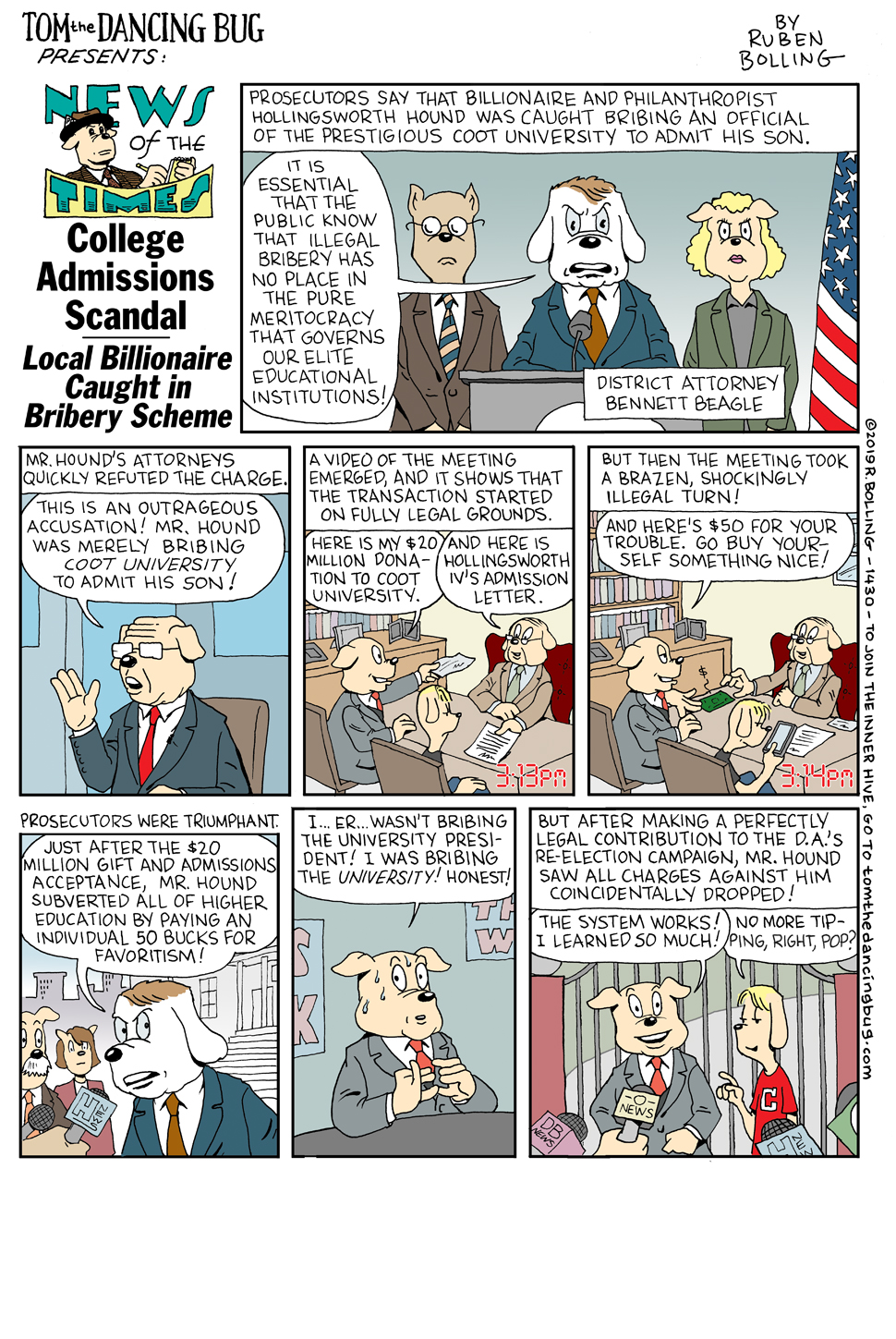 Tom the Dancing Bug, IN WHICH News of the Times reports on Hollingsworth Hound's illegal bribe to get his son into an elite university