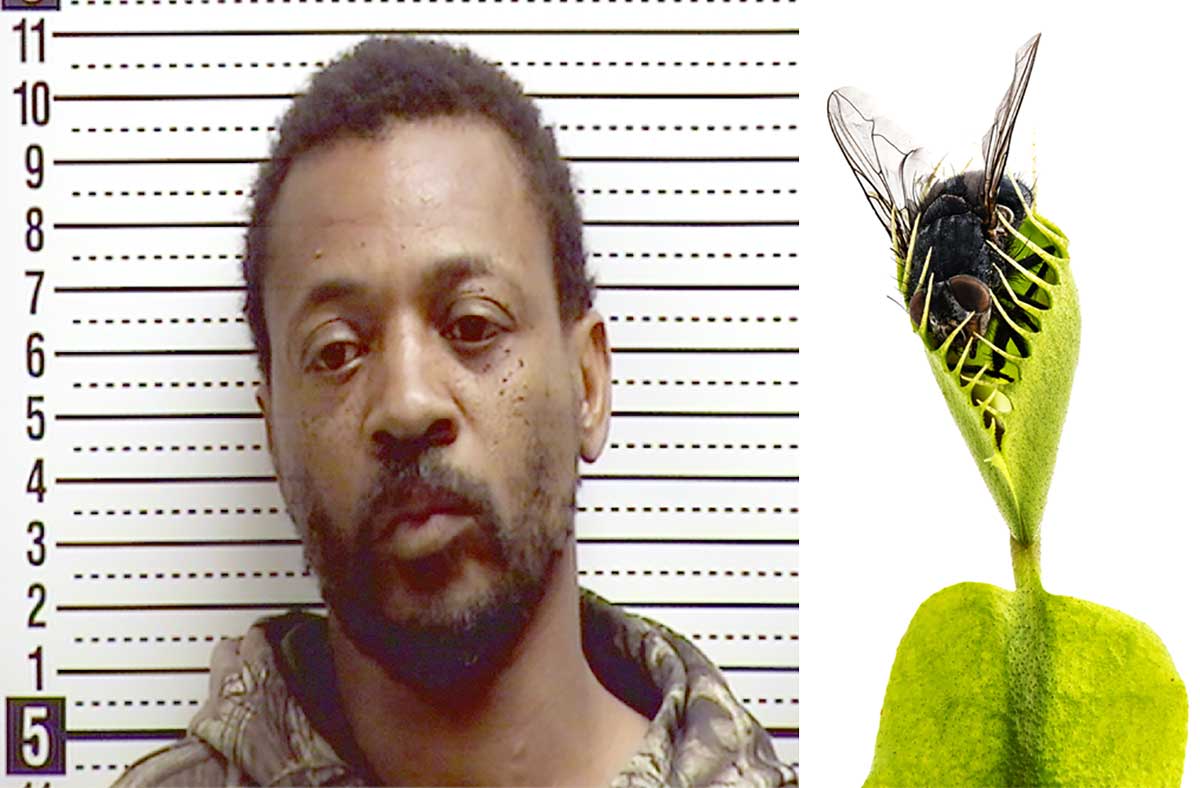 Archie Lee Williams, Jr. (41) of Brunswick County, North Carolina, has been charged with 73 felony counts of taking 216 Venus Flytrap plants. He could face 450 years in prison and is being held on a $750,000 bond.

The tiny carnivorous plant is listed as a “vulnerable” species on the state’s protected plants list. Environmentalists and officers tasked with protecting the plant from poachers cited difficulty in the past with identifying whether the plants were grown or poached.

According to the Wildlife Resources Commission (WRC), Williams was caught on camera. He was later apprehended with over 200 plants and digging tools. Williams admitted to a WRC officer that he habitually poaches Venus Flytraps from multiple locations around the area.

Interestingly, while it is illegal to take Venus Flytraps from public land, developers can destroy the plants with impunity.

A suspected rhino poacher in South Africa’s Kruger National Park was killed by an elephant and then eaten by lions. After the elephant attack, police said, “his accomplices claimed to have carried his body to the road so that passersby could find it in the morning. They then vanished from the Park.” “Indications found at […]

Cannon Harrison, 24, was on dating app Bumble when he connected with a woman in his area who quickly bragged to him that she had just shot a “bigo buck,” a large deer, in the darkness. She even sent Harrison a photo posed with her prey and admitted that she had been “spotlighting,” taking advantage […]