Can you guess the meaning of these Droodles? 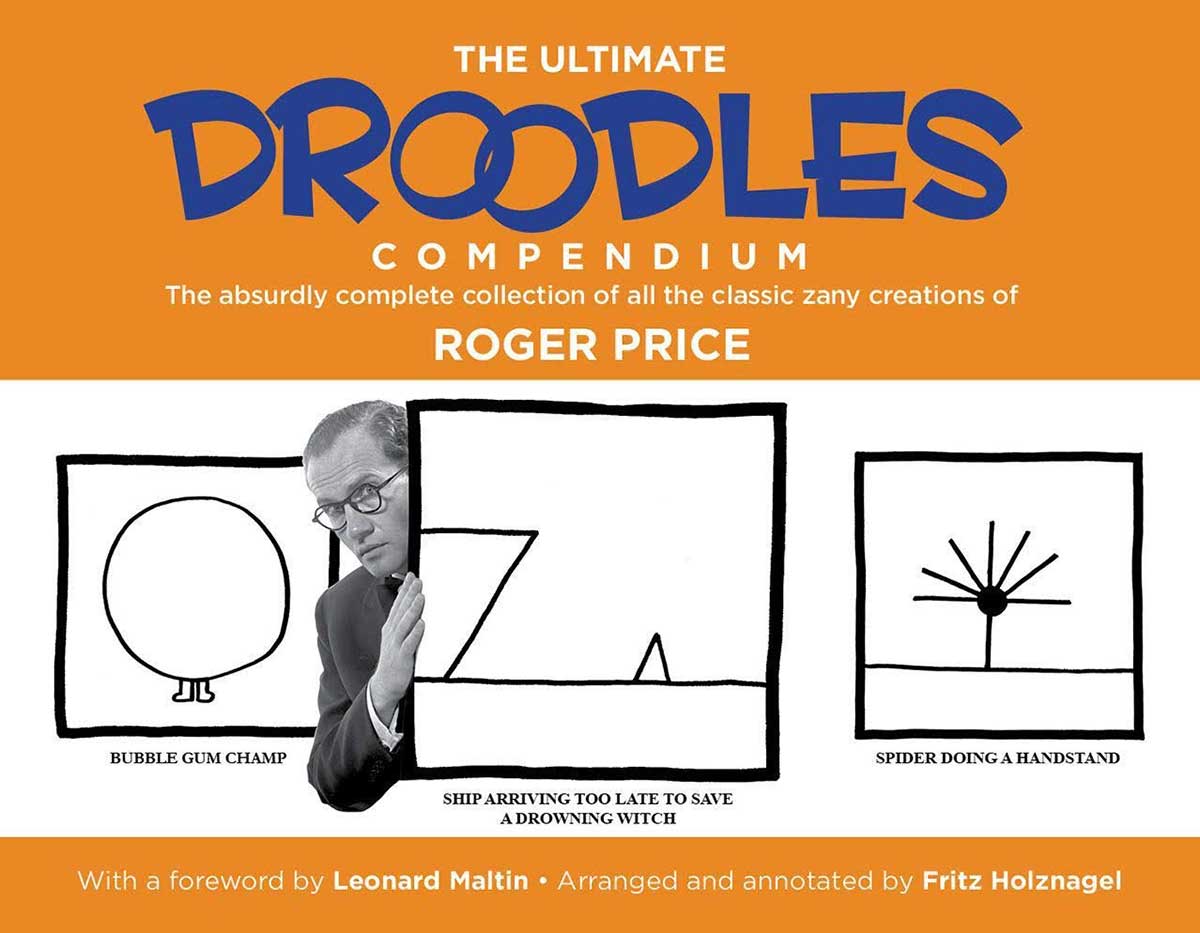 One day in the early 1970s, while looking for Dennis the Menace paperbacks at a used bookstore in Boulder, Colorado, I discovered a copy of a book of "droodles," which were simple yet mysterious line drawings that became clear when you read the caption. Droodles where the creation of an American humorist named Roger Price, who wrote for MAD and Playboy, had his own TV shows, and worked with folks like Bob Hope and Carl Reiner. He was also the co-creator of the wildly popular Mad-Libs books. I became a huge fan and tracked down as many of his humor books as I could find.

Years later, when I started going out with Carla while we were attending Colorado State University, she showed me a letter that her mother's friend had mailed her. It was typed and had funny, simple line drawings on it. I looked at the return address. The name of the sender was Roger Price. I was astonished. She opened her desk drawer and showed me a stack of letters he'd written her, all with funny Droodlesque drawings in them.

When we moved to Los Angeles she introduced me to Roger. He was in his late '60s at the time, and was very interested and supportive of the fact that Carla and I were launching a zine (bOING bOING). Roger had done the same with a magazine called Grump. We saw Roger often, and he was always funny and curious about what we were working on, and gave us a lot of useful advice about writing. He died in 1990 at the age of 72.

Here is Roger's most famous droodle:

This droodle also appeared on a Frank Zappa album.

Last night, Carla and I attended a book signing for The Ultimate Droodles Compendium: The Absurdly Complete Collection of All the Classic Zany Creations at Diesel, an excellent independent bookstore in Brentwood, California. The book's editor, Fritz Holznagel was there to sign the books, along with publisher Claudia Sloan.

The packed crowd had fun trying to guess the meanings of Droodles displayed on a large drawing pad. In the same spirit, here are a few droodles from the book for you to try to guess the meaning. Sumbit them in the comments. There are no right answers! Price's captions are at the bottom of this post:

[Another Carla-related story about a childhood hero: When I was a kid I loved the novels of Edgar Rice Burroughs. For Christmas in 1975 my parents bought me a copy of the giant hardbound biography, Edgar Rice Burroughs: The Man who Created Tarzan, by Irwin Porges. I think it was $75. I read it multiple times. Many years later, after Carla and I moved to California, she told me she wanted me to meet her step-grandfather, who she was very close to. So we drove to Oxnard and I was introduced to a tall, thin distinguished looking man with a goatee. He invited us to sit in the living room. I spotted a copy of Edgar Rice Burroughs: The Man who Created Tarzan on his bookshelf. I told him I loved the book and he looked pleased and told me that he had written it. It was the beginning of a long friendship. His advice: "Don't write books. There's no money in it. Write for TV instead." He was right, and I didn't listen to him.]

Droodle captions (bottom to top): unassembled sandpaper, four elephants inspecting a grapefruit, elephant giving an ant a friendly pat on the back