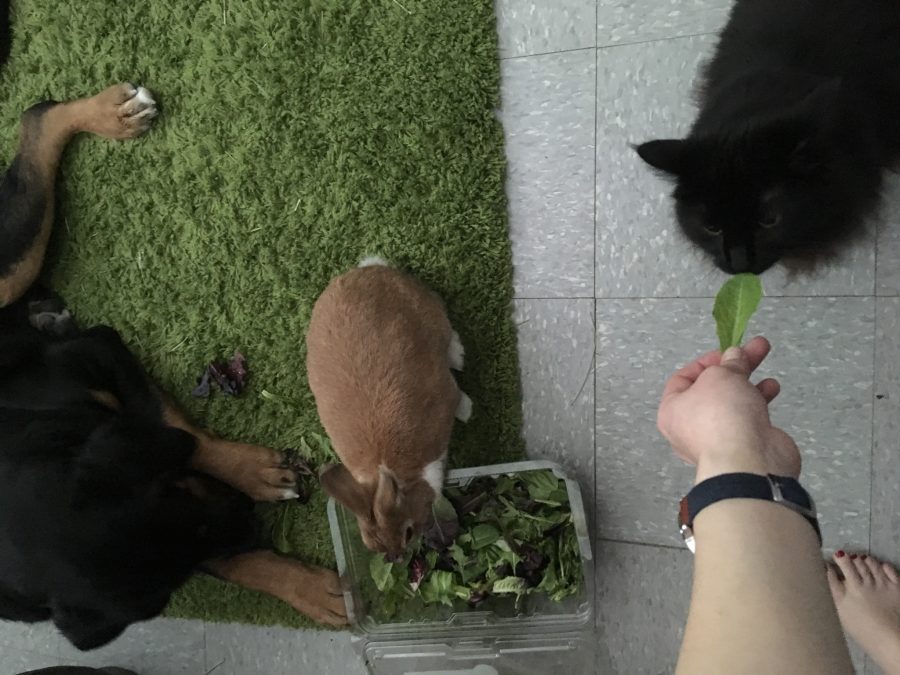 “Puppy noticed bunny was getting treats every morning and started wanting a handful of lettuce too. Now they eat lettuce together every day.”

“Kitty started getting curious about what the pupper and bunny are up to and has started to investigate the green leafy stuff.”

“This has become a morning ritual for all 3 pets the past month.”

Scroll through the wonderful IMGUR thread with lots of images of these three furry friends. Who says we can't all get along?

My pupper thinks he’s a bunny