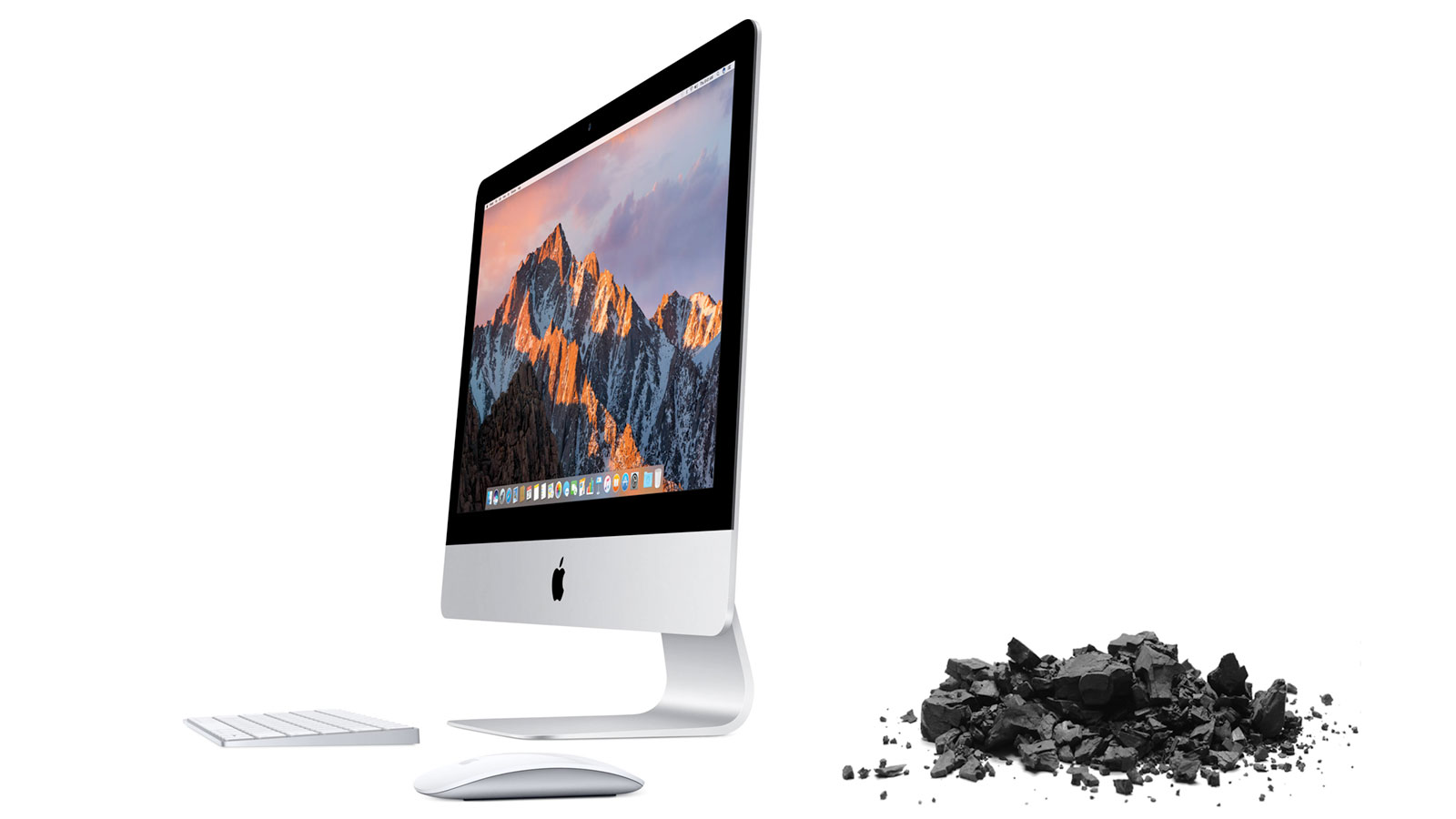 Apple, in 2019, weds fantastic 5k displays—almost impossible to find anywhere else—with storage technology so obsolete you can listen to it in a quiet room.

What people generally don't know, however, is that the hard drives themselves are of a radical new design that is completely silent. What you're hearing fizzling and popping away is actually a tiny carbon-fired auxiliary power supply. They come with enough coal to last 20 years and there's a tiny little hatch to shovel more in. The only hurdle is that to get to the boiler, you need to get past the machine's glued-on display. But Apple just announced the perfect tool for prizing it off.