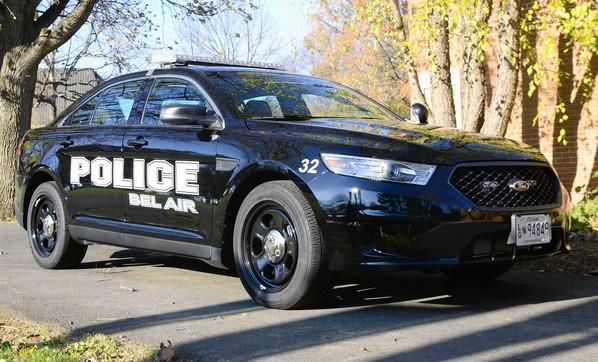 Maryland attorney Rashad James, who happens to be black, was packing up his things after a day at Harford County District Court when he says a sheriff's deputy detained him, thinking James was just pretending to be a lawyer. The deputy called the attorney by his client's name, and when James informed the deputy that he was in fact the attorney, the deputy didn't believe him. Even after Rashad showed him ID, the deputy did not believe him. The deputy then called his supervisor.

After successfully getting an expungement for a client who was not there, a sheriff's deputy stopped him in the courtroom and began questioning if he was really a lawyer or impersonating one.

"After the hearing, that's when I encountered the officer who incorrectly called me by the name of the client. I stated that I was not the client, that I was, in fact, the client's attorney," James said.

The deputy then asked for identification, James says he showed his driver's license.

The officer apparently wanted more verification since James didn't have his state bar card or business cards, which he is not required to carry. He had the officer call his supervisor.

"If Mr. James were white, this would not have happened," said Chelsea Crawford, James' second attorney.

And via News Channel 5 :

“There is no plausible explanation other than racial bias,” said Andrew D. Freeman of Brown, Goldstein & Levy, an attorney for James. The law firm refers to the incident as "lawyering while black" in a press release.

In a statement, the Maryland Legal Aid says:

"Maryland Legal Aid is incensed at the treatment of our colleague, Mr. Rashad James, an extremely talented and dedicated civil legal aid attorney, who under MLA's Community Lawyering Initiative, is tasked with navigating every stretch of this state to provide civil legal counsel and representation for Maryland's poorest and most vulnerable individuals and communities. That includes in Harford County, where this deeply disturbing incident unfolded.

"We stand behind Rashad today, and behind others who have experienced racial profiling and discrimination--a threat to their basic human and civil rights--with the objective to prevent an incident like this from ever happening again. Discrimination has no place in our society, especially not within the ranks of our judicial system, where the legal playing field is often already unleveled for citizens who cannot afford legal representation.

"We would like to thank Andrew Freeman, Chelsea Crawford, and their team at Brown Goldstein & Levy, for representing Attorney James in this matter. We are hopeful that the Harford County Sheriff's Office will take the steps necessary to conduct an internal investigation into this incident and we look forward to a satisfactory outcome for all parties involved."

The Harford County Sheriff's Office claims it's doing "a complete and thorough investigation" and that they "take all complaints seriously." In the meantime, James is now carrying his business cards with him, even though it's not a requirement for his fellow white attorneys.