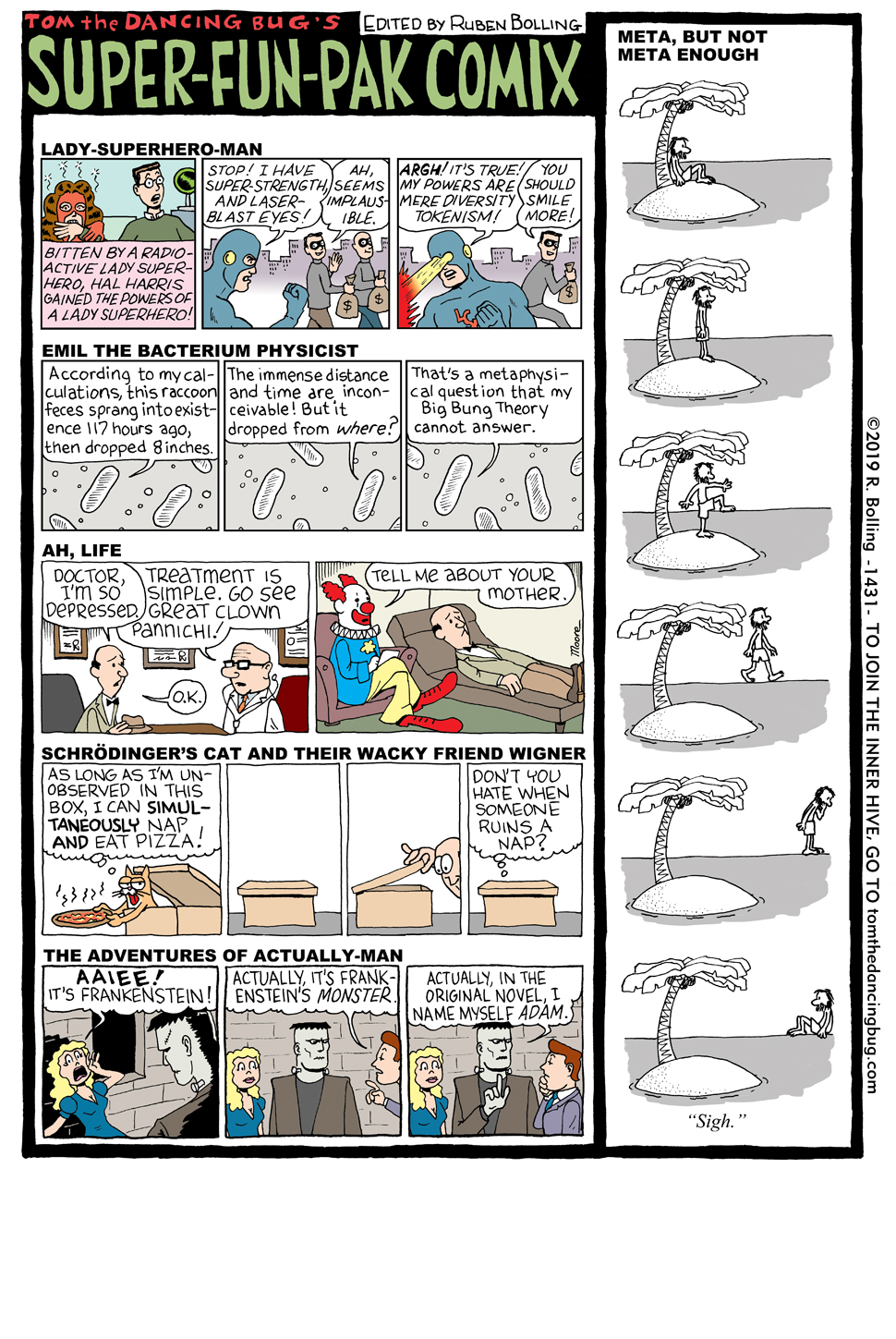 Tom the Dancing Bug, IN WHICH Super-Fun-Pak Comix features Emil the Bacterium Physicist, Actually-Man vs. Frankenstein, and much, MUCH more.