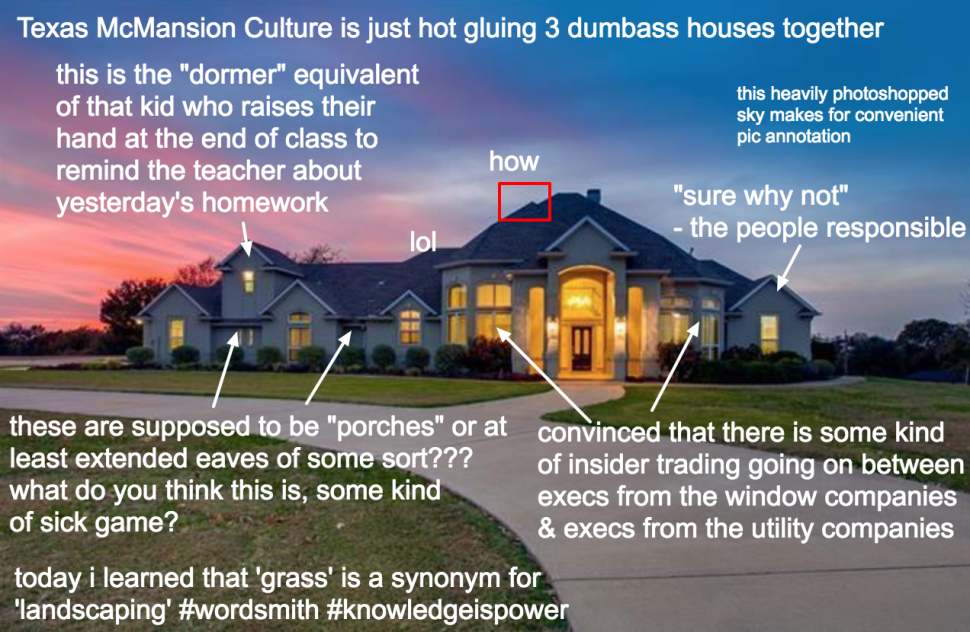 It all seemed so innocent when architecture grad student Kate Wagner started pushing her charming brand of millennial snark on us with her acerbic critiques of gaudy, poorly executed monster homes, but architecture is no laughing matter.

The Wall Street Journal has sounded the alarm that boomer-built McMansions in Arizona, Florida, and the Carolinas are selling at huge discounts relative to their asking prices, thanks to millennials' unwillingness to buy sprawling homes that need extensive electrical and plumbing work, come with many additional bedrooms for storing hoards of consumer junk, and tedious fripperies like "crown moldings, ornate details and Mediterranean or Tuscan-style architecture."

The generation is also facing record levels of student-loan debt, making it hard to take on a mortgage loan, as Business Insider’s Akin Oyedele reported.

When millennials can finally afford to buy a home, it makes sense that they’d hold out for something that’s exactly to their taste.