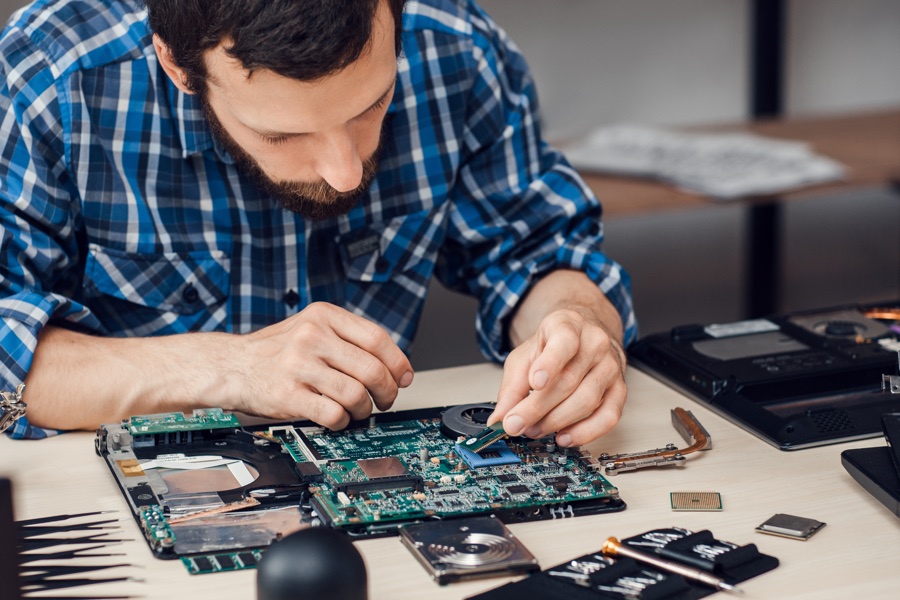 Documents from Apple leaked to reporters describe a program of support for third-party repairs, and the details sound like it was intended to comply with the requirements of a slew of new right-to-repair bills proposed in some 20 U.S. states.

From Jason Koebler at Motherboard:

As Apple continues to fight legislation that would make it easier for consumers to repair their iPhones, MacBooks, and other electronics, the company appears to be able to implement many of the requirements of the legislation, according to an internal presentation obtained by Motherboard.

According to the presentation, titled “Apple Genuine Parts Repair” and dated April 2018, the company has begun to give some repair companies access to Apple diagnostic software, a wide variety of genuine Apple repair parts, repair training, and notably places no restrictions on the types of repairs that independent companies are allowed to do. The presentation notes that repair companies can “keep doing what you’re doing, with … Apple genuine parts, reliable parts supply, and Apple process and training.”

This is, broadly speaking, what right to repair activists have been asking state legislators to require companies to offer for years.