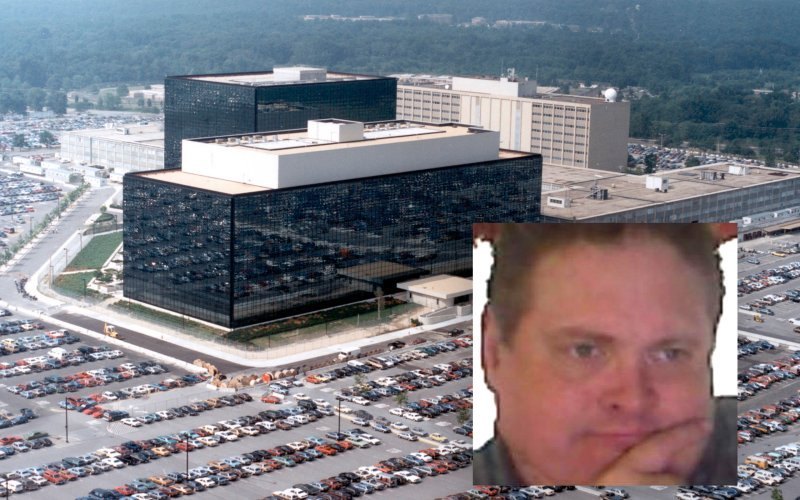 Harold Martin was originally charged with 20 counts of violating the Espionage Act. He now appears more likely to face up to a recommended 9 years in prison, after pleading guilty to only the one charge, and may get credit for time served.

Martin was arrested in 2016 on charges he stole an enormous amount of sensitive information and stored it on various devices he kept at his home in Glen Burnie, Maryland.

He initially pleaded not guilty.

The government recommended a nine-year-sentence. Martin has already served two and a half years, which he will get credit for.

He pleaded guilty to one count of stealing a top secret NSA document and leaving it in his car, and another copy in the living room of his Glen Burnie home.

His sentencing is scheduled for July.

And from a 2016 Daily Beast profile of Martin:

Martin has already served 2 1/2 years. He will get credit for that. He pleaded guilty to just 1 count of stealing a top secret NSA document and leaving it in his car—and another copy in the living room at his Glen Burnie home @wjz

Former NSA contractor Hal Martin has pleaded guilty to one count of willful retention of defense information. Martin and government agreed to a 9-year sentence and for other 19 counts to be dismissed at sentencing in July. News via @scottmcalvert https://t.co/lwp1ElFHCt

Previously charged with 20 counts of violating the Espionage Act, it looks like former NSA contractor Hal Martin will face only 9 years in prison after pleading guilty to a single charge. https://t.co/xgyqCEbD2e