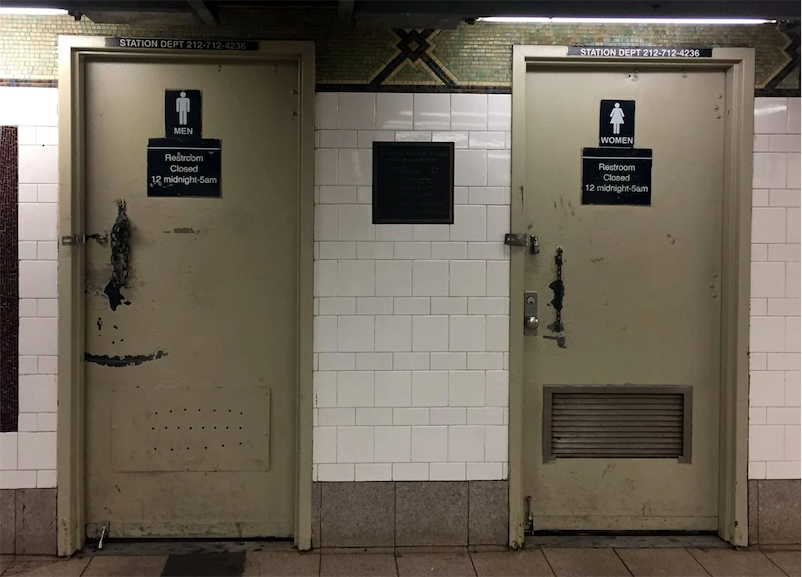 The women’s room offered another unexpected sight: a man, standing at the toilet. He apologized on his way out, but offered no explanation. Nor did he flush.

"Subway Bathrooms: Are They as Bad as You Think?"