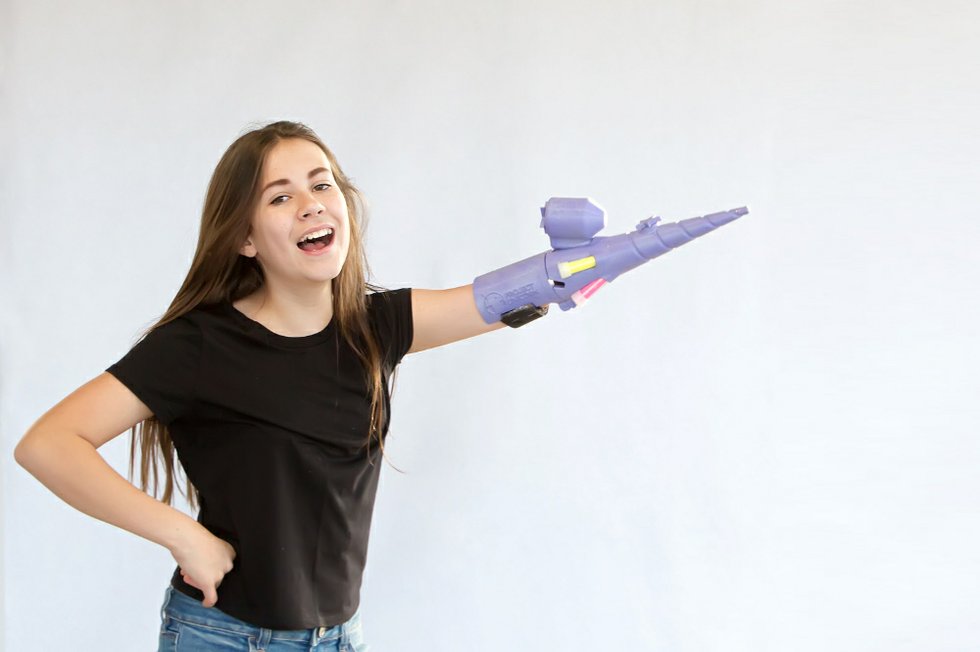 Jordan Reeves, 13, was born with a left arm that doesn't extend past her elbow. Last year, Jordan dreamt up a curious prosthetic arm that resembles a unicorn horn and shoots glitter out of its tip. Then, working with her prosthetist and technical designers at Autodesk, she designed and built the magical contraption.

"I wanted show people that our differences don't necessarily hold us back, in fact, they can give us more opportunity," Reeves told WGN9.

After receiving numerous awards for her ingenuity and founding a nonprofit, Born Just Right, Reeves was invited to display her prosthetic at the Chicago Musuem of Science and Industry's Wired to Wear exhibit.

"I love that I can show people that our differences aren't a bad thing... just look at how much fun it can be" Reeves said.

More on Jordan Reeves in Fast Company: "The Girl Behind The Sparkle-Shooting Prosthetic Arm Is Just Getting Started"