The Cardiff giant, one of the greatest hoaxes of the 19th century 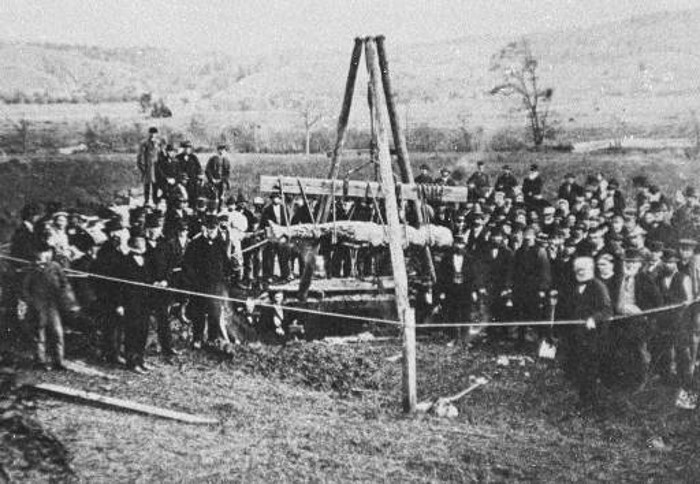 In 1869, two well diggers in Cardiff, N.Y., unearthed an enormous figure made of stone. More than 600,000 people flocked to see the mysterious giant, but even as its fame grew, its real origins were coming to light. In this week's episode of the Futility Closet podcast we'll tell the story of the Cardiff giant, one of greatest hoaxes of the 19th century.

We'll also ponder the effects of pink and puzzle over a potentially painful treatment.