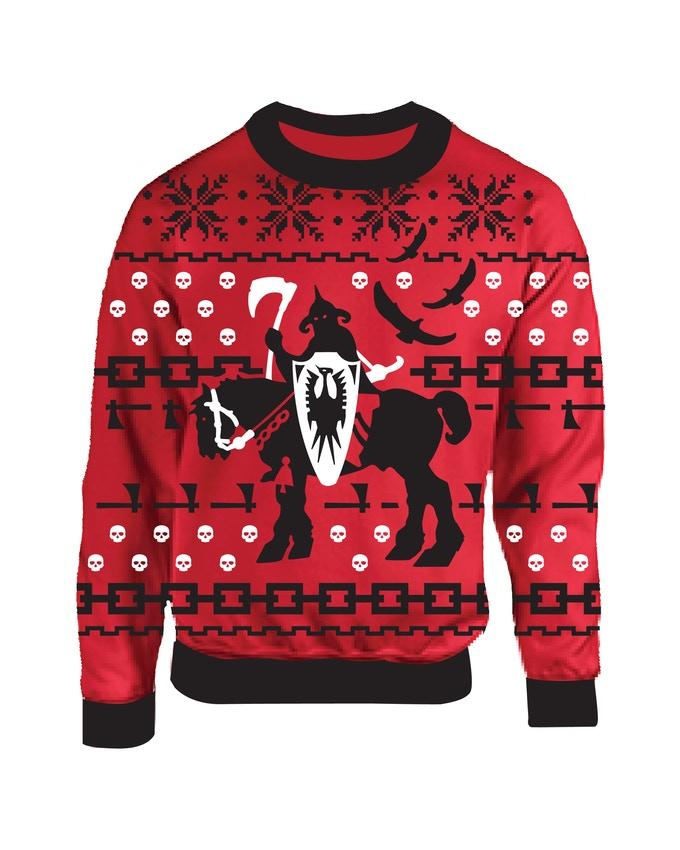 The $100 Frank Frazetta Death Dealer Xmas sweater is licensed, with a portion of the proceeds going to the Frazetta museum in East Stroudsburg, PA.