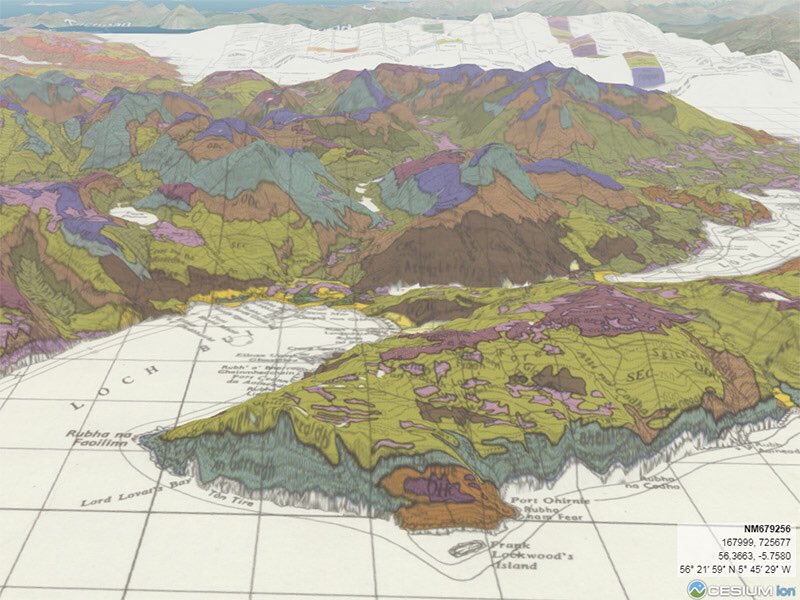 The National Library of Scotland released an online viewer that combines historical maps with the latest elevation data. The results are a remarkably beautiful wedding of old and new.

The 3D map viewer includes our standard interaction options, including a zoom slider, a scalebar, mouseposition location, as well as the ability to choose georeferenced overlays and background layers. Our standard map location options, such as geolocation, the ability to locate the map with placenames and drop-down lists of counties and parishes are all included.

The 3D map viewer uses open-source technology, which has been shared on Github and described with notes in the GeoCart Historical Maps Online Workshop.