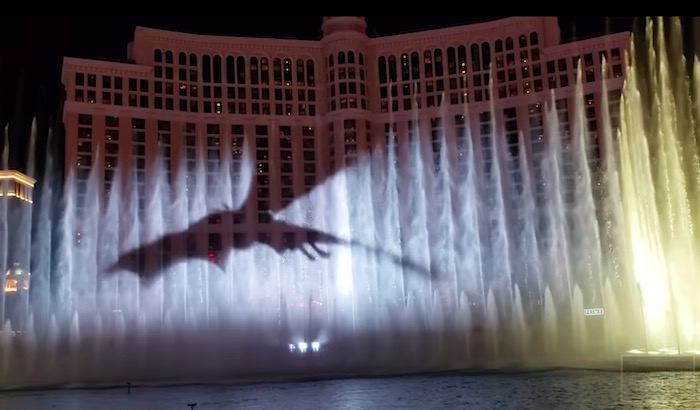 I'm not a Las Vegas fan, but I wish I could plop myself at the Bellagio hotel for just four minutes one night this week to watch their Game of Thrones water show, which began last night. It looks spectacular.

A medley of the theme for HBO’s “Game of Thrones” and the song “Winter Is Here” from the show premiered at Bellagio Fountains water show on the Las Vegas Strip on Sunday night. The new number will run at 8 p.m. and 9:30 p.m. daily, in rotation through April 13.

The final season of Game of Thrones premieres April 14th.