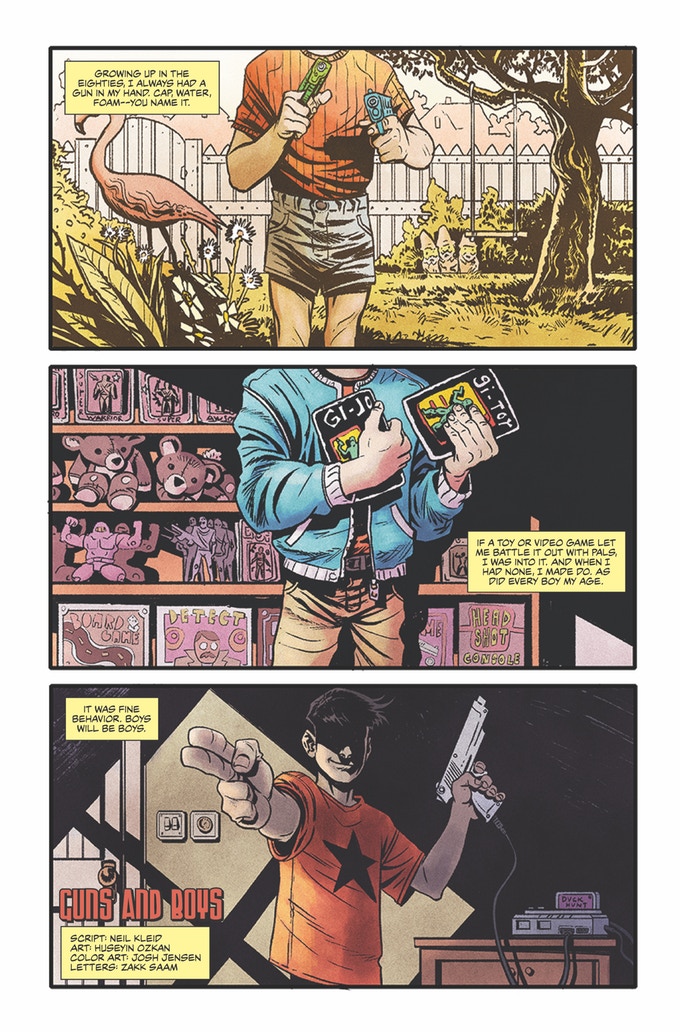 A collection of comics all-stars (including Scott Snyder, Kelly Thompson, David Lafuente, Ariela Kristiantina, Jamal Igle, Devin Grayson, Joe Keatinge, Doselle Young, Marguerite Sauvage, Ron Marz, Stuart Moore, Shannon Wheeler, Steven Grant, Roger Langridge, Matt Miner, Ray Fawkes, CW Cooke, Alex de Campi, Carla Speed McNeil, Kelly Williams, Emma Beeby and more) come together for Every Day: An Anti-Gun Violence Comics Anthology to benefit The Coalition to Stop Gun Violence and the Community Justice Reform Coalition; $10 gets you a digital download, $20 gets you a paperback, and if you're a retailer, there are bulk-buy packages so you can stock it in your store. (Thanks, Doselle!)