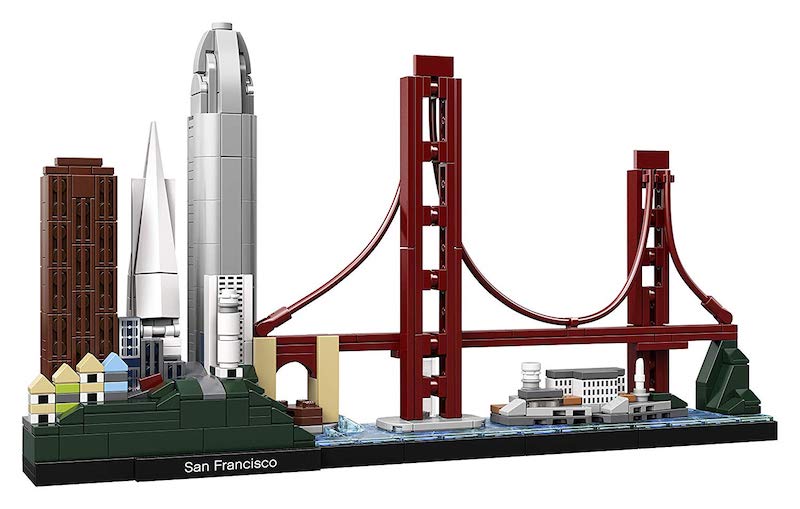 LEGO has released a wonderful diorama of the San Francisco skyline!

Sadly, the San Francisco skyline is now dominated by the giant Salesforce tower, atleast until the Millenium tower falls into it.