This photographer shot the birth of her own child 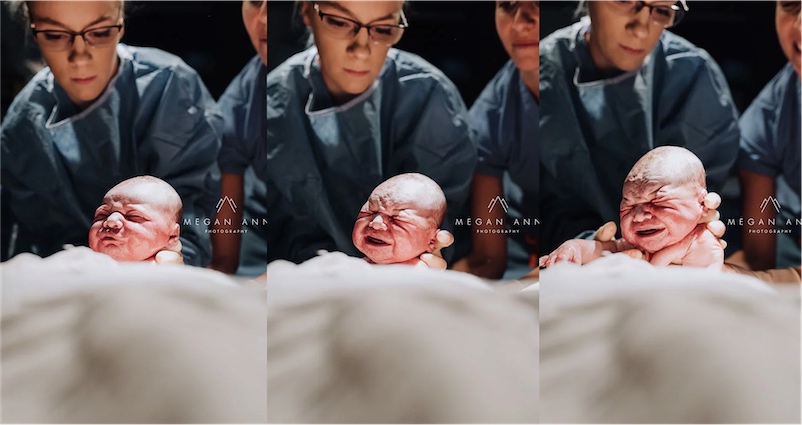 Megan Mattiuzzo, a professional wedding photographer, had a baby last month. She wanted to document the wonder of her child's birth and she knew that if you want something done right, you do it yourself.

“I’m used to capturing moments that you can’t retake,” Mattiuzzo tells PetaPixel. “So when I found out I was pregnant, I knew that I wanted to capture my son’s first breath, first moments, seeing his face for the first time...

“Due to a failed epidural that was not 100% effective, I was able to feel the right side of my body and a spot on my left abdomen,” Mattiuzzo says. “When it was time to start pushing, my husband [Ryan]’s job was to hand [the camera] to me when it was time for the last push...

“I took the camera and tucked my chin to my chest, rested the camera on my stomach, pulled my head to the viewfinder, and started pushing,” she says. “I then saw a moment I will never forget… my son’s hair… then his head… then his body… all while shooting. It was the most amazing moment of my life.”

More at PetaPixel: "This Photographer Shot Her Own Childbirth"