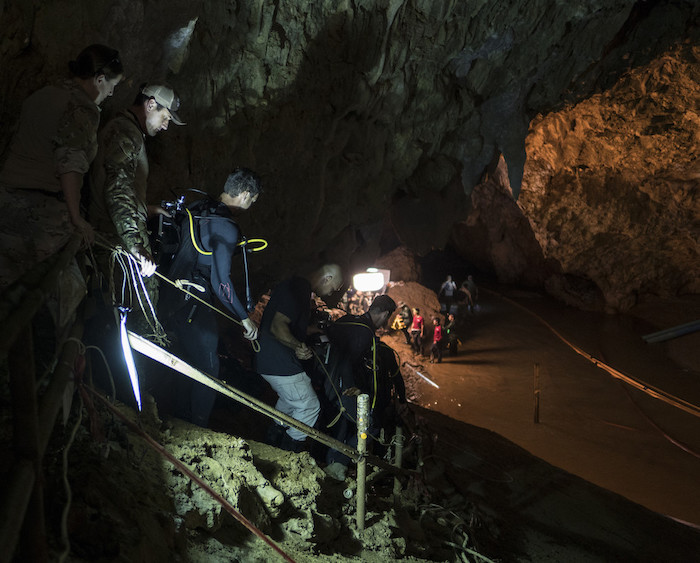 "We had to use the means that could keep the children not to be panicky while we were carrying them out," Thai Navy SEAL commander Rear Adm. Arpakorn Yookongkaew told CNN shortly after the rescue. "Most importantly, they are alive and safe." …

Watch: Family on a boat rescues a bear whose head is trapped in a container

This family was fishing on Marshmiller Lake in Wisconsin when they came across this bear cub swimming with a plastic container stuck on its head. Fortunately, this story has a happy ending. Via EuroNews

A kayaker was found early this morning after lighting a fire and spelling out the words HELP with sticks and twigs. An no, he wasn't on some speck of an island in the South Pacific, but rather, a remote island in Jamaica Bay, New York. NYPD Aviation rescued the man, in good condition, who had […]

The New York Police Department released this video from their rescue of a kayaker who got stranded on a tiny island in the Jamaica Bay estuary off the western tip of Long Island, New York. According to a tweet from NYPD Special Ops, the man, missing for 12 hours, "signaled for help by starting a […]