Talking about Radicalized with the CBC: Privilege, atavism, techno-realism and seizing the means of information 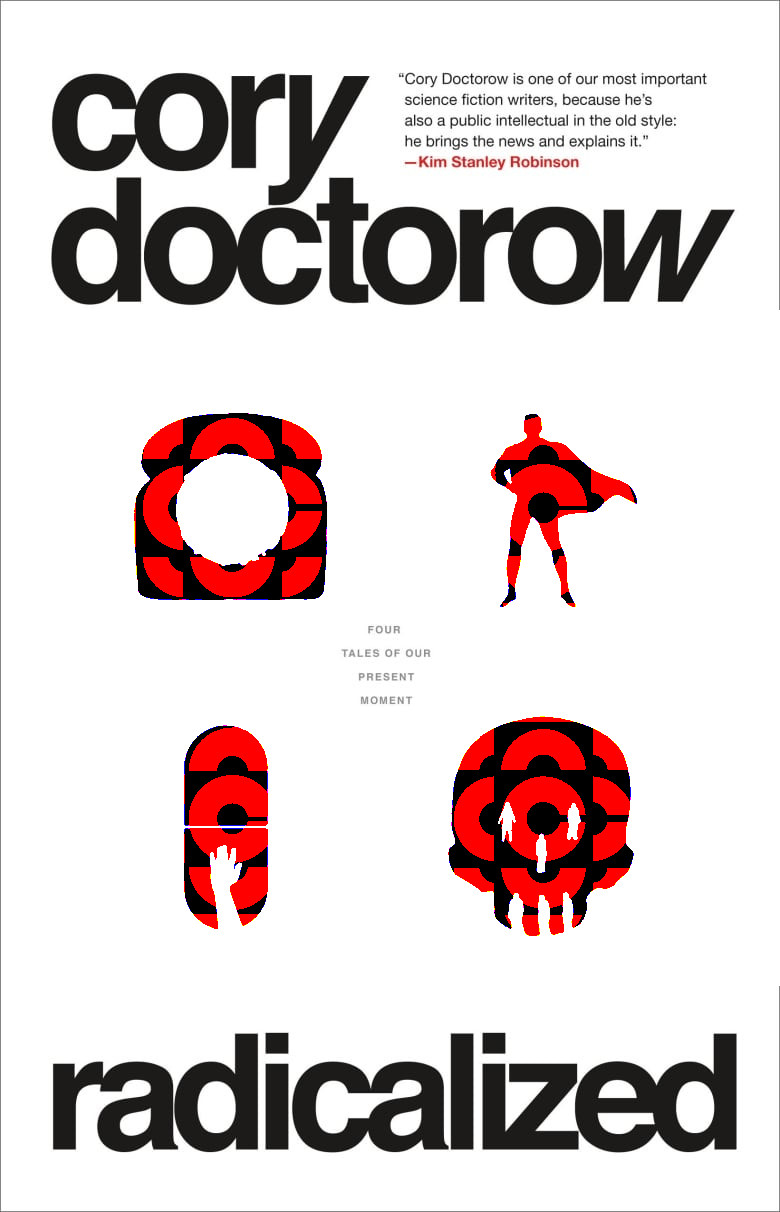 The CBC's Ryan B Patrick interviewed me about my latest sf book, Radicalized and how the four novellas in it relate to struggles for liberation, racial justice, technological self-determination, inequality and a sustainable climate plan.

Some of the stories in Radicalized are darker than the ones I've written in the past decade, reflecting my own anxiety (I call this my "Trump derangement syndrome book," and the stories were written to master my own concerns as the darkest timeline has only gotten worse), but I don't think they're "pessimistic" stories so much as they are warnings and allegories, cautionary tales about the risks of inaction and passivity.

When you're writing fiction in 2019, is it hard to not be cynical or jaded?

"Being cynical or jaded is another way of being pessimistic. I decided a few years ago to reorient the way I see the world — but not around pessimism or optimism. Instead, I like to think human beings have agency in the world and that the future changes based on what we do.

"There are stories in this book that have unhappy endings. But there are also stories of people who, when confronted with impossible circumstances, without being able to see a clear path from A to Z, can nevertheless see a path from A to B. They take it on faith that if can get as high as B, that one might be able to see a way to get up to C and D — and so on and so forth. It's a very 21st century way of thinking: a networked, fluid and improvisational way of trying to... climb up that gradient towards a better world — and not to follow a set course."

Cory Doctorow on Radicalized, the problem with superheroes and writing speculative fiction in a jaded world [Ryan B. Patrick/CBC Books]