I have improved Staples' new logo 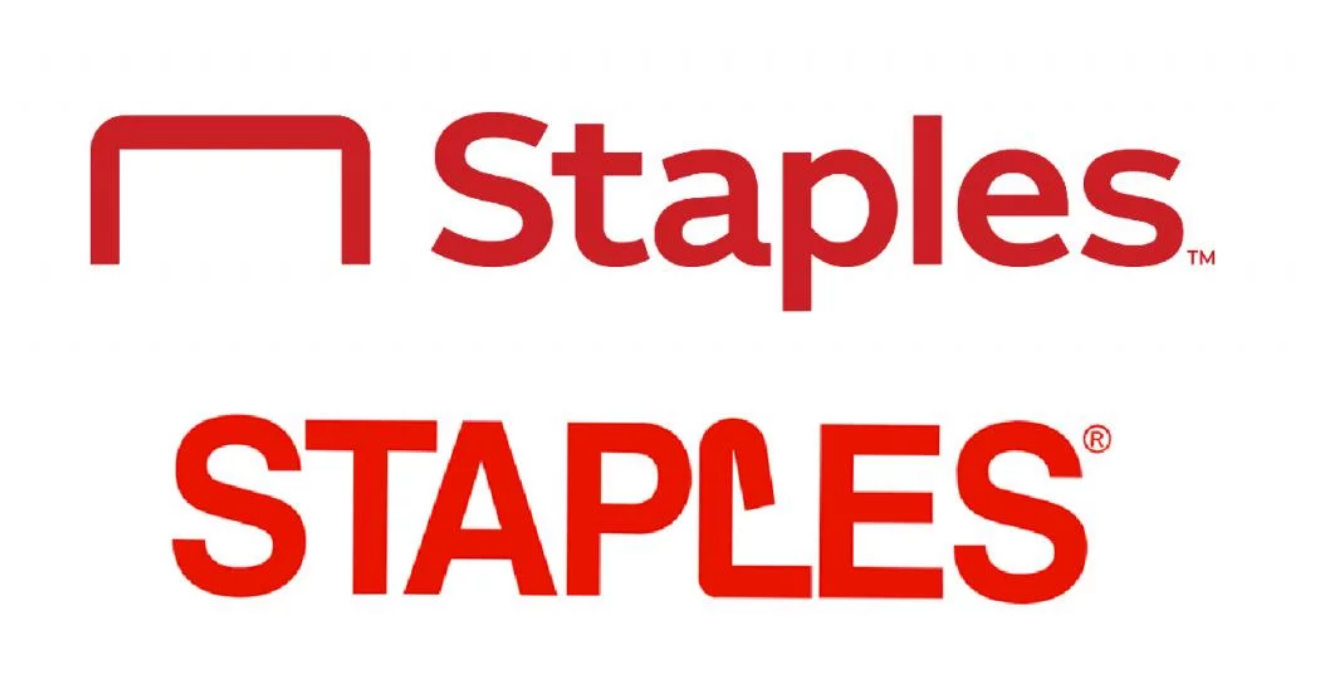 Staples has unveiled a new logo, pictured above (with the old logo beneath it).

Notice what's wrong with it? The store is called Staples but the logo depicts only a single staple. The old "L" hinted at the physical object, to be sure, but so abstractly it wasn't a problem.

Now we can sleep at night. You're welcome!

It’s a 2d projection of a rhombic hexecontahedron, first generated by Mathematica’s namesake programming language back in the 1980s, when it was as damned close to magic as anything in computer science. Spikey is one of my favorite logos. They went through many variations with many products, inspired by renaissance drawings and a vast selection […]

Future Punk created retro logos and motion graphics for today’s Internet companies if they existed decades ago. The artist was “inspired by great work of Sullivan & Marks, Robert Abel & Associates, Computer Image Corporation and various other early CG/Scanimate companies.” And if you’re not hip to Scanimate: Scanimate is the name for an analog […]