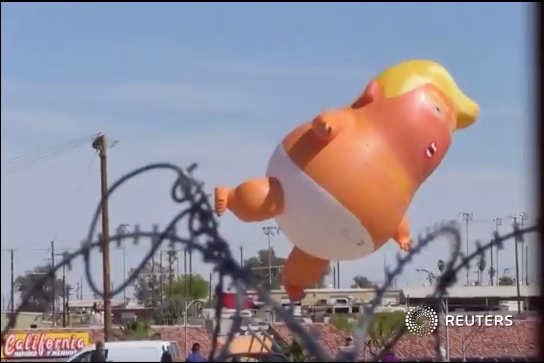 The “Baby Trump Balloon” was flown by activists to protest President Trump's proposed border wall, during the President's visit to the US-Mexico border to make the case for more racist policies against brown people.

Video: “Giant inflatable balloon depicting President Trump as a diaper-clad baby flew at the border wall where Trump is scheduled to visit Friday.”