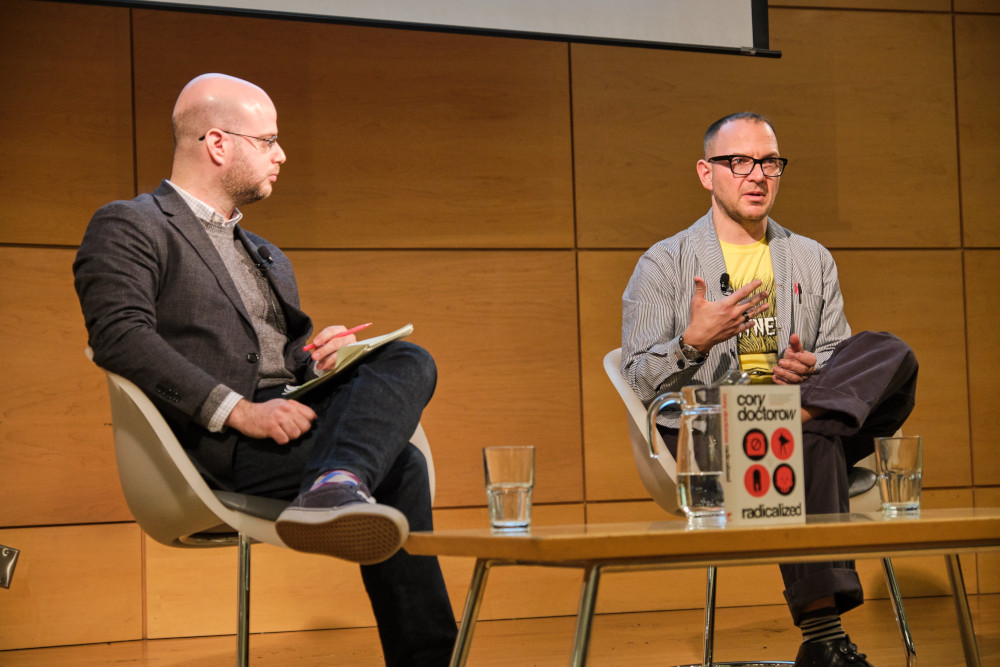 Next, I'm keynoting the San Diego Public Library's 40th anniversary celebration with a talk on Thursday from 7-9PM at the Central Library's Neil Morgan Auditorium (330 Park Blvd., San Diego 92101), talking about how "libraries are one of the few remnants of a world where people were valued because of their humanity, not their money, and how that works in the current moment of extreme inequality, epistemological incoherence, and fear of imminent collapse."

The next day, I'm co-chairing the README/LA Cryptoparty event After Disruption, which is in two parts: a panel on the ways that Big Tech and monopolism have squeezed labor and the public interest, and what an inclusive and radical technological future might look like, and then a workshop where we try to design some of these futures. It's at UCLA on Friday from 7-930PM.

Finally, I'm at the LA Times Festival of Books for a talk with John Scalzi on Sunday, April 14 at 3PM, followed by a signing at the Mysterious Galaxy Bookstore tent.

I sure hope to see you!