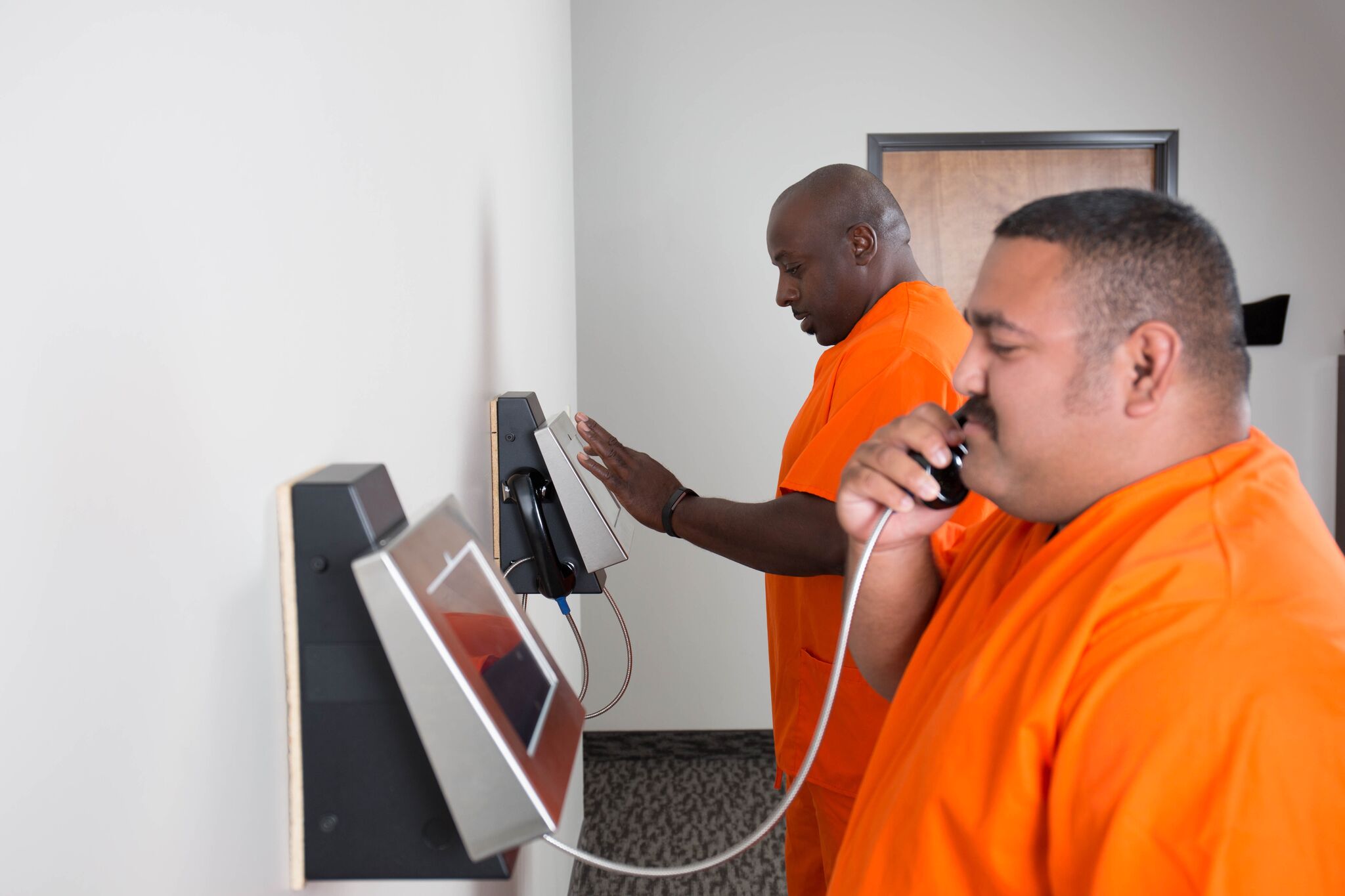 Jails around the country are replacing in-person visits with "video visitations," which means kids, parents,  and spouses of inmates won't be able to see each other in real life, only through a small video monitor. This depressing photo is from GTL, who provides video-visitation services to prisons.

It's not surprising to learn that families will have to pay a lot of money to use this degrading technology: "Video calls cost 40¢ per minute in Newton County, 50¢ per minute in Lowndes County, and $10 per call in Allen County," says Ars Technica. More from the article:

So why are so many jails adopting them? A big motivator is money. In-person visits are labor intensive. Prison guards need to escort inmates to and from visitation rooms, supervise the visits, and in some cases pat down visitors for contraband. In contrast, video terminals can be installed inside each cell block, minimizing the need to move inmates around the jail.

Video-visitation systems also directly generate revenue for jails. The companies behind the video calling products typically install equipment inside jails at no cost to taxpayers, charge high fees to family members, and then pay a large share of those fees back to the jail.