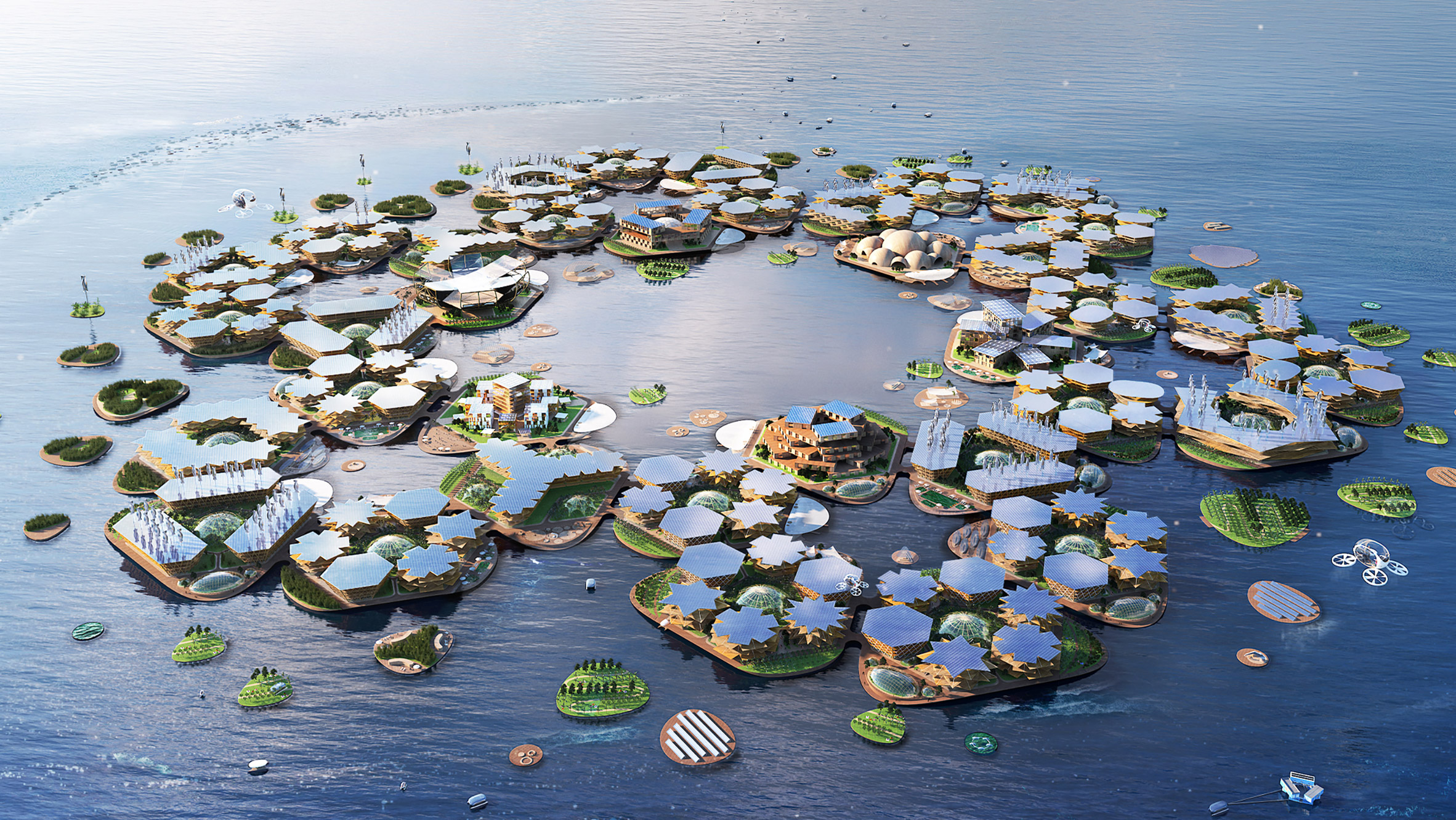 Floating communities aren't just for libertarian billionaires looking for places to do things they might not otherwise get away with. A UN partnership is looking into whether they could be part of a sustainable urban development program, for when the floods roll over the lowlands and don't go away.

Oceanix City, or the world's first sustainable floating city, would essentially be groups of hexagonal platforms - anchored to the seabed - that could each house around 300 people, effectively creating a community for 10,000 residents. Cages under the city could harvest scallops, kelp, or other forms of seafood. Marc Collins Chen, the chief executive of Oceanix, said the technology to build large floating infrastructure or housing already exists.

"The biggest question in people's minds is if these cities can actually float," Mr Collins Chen told the BBC.

Still waiting for Sea City 2000, the floating pyramid I was promised by the Usborne books in the 1980s.