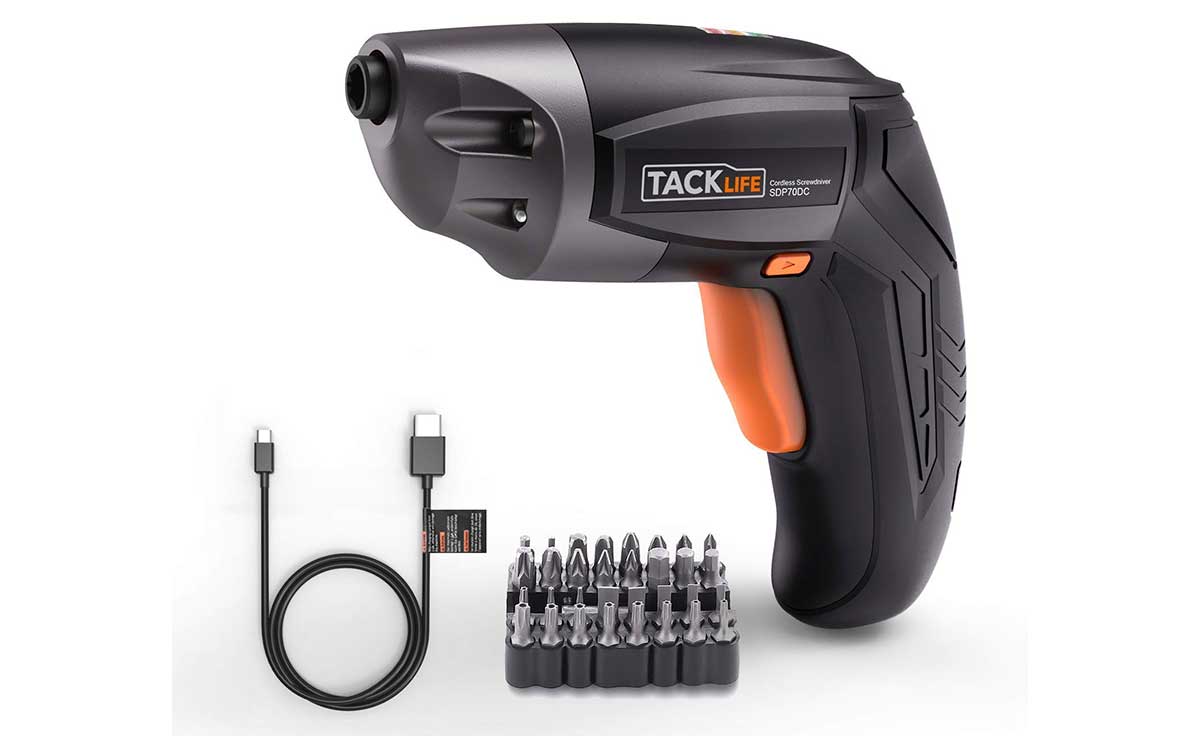 Tacklife makes good low-cost power tools. I've bought a lot of different tools from Tacklife and use them all the time. If you use code B797VDYT you can get this Lithium-Ion Rechargeable Cordless Screwdriver with 32-piece screw bits and USB charging cable for about half the already low price.