Julian Assange dragged from Ecuador's embassy in London and arrested 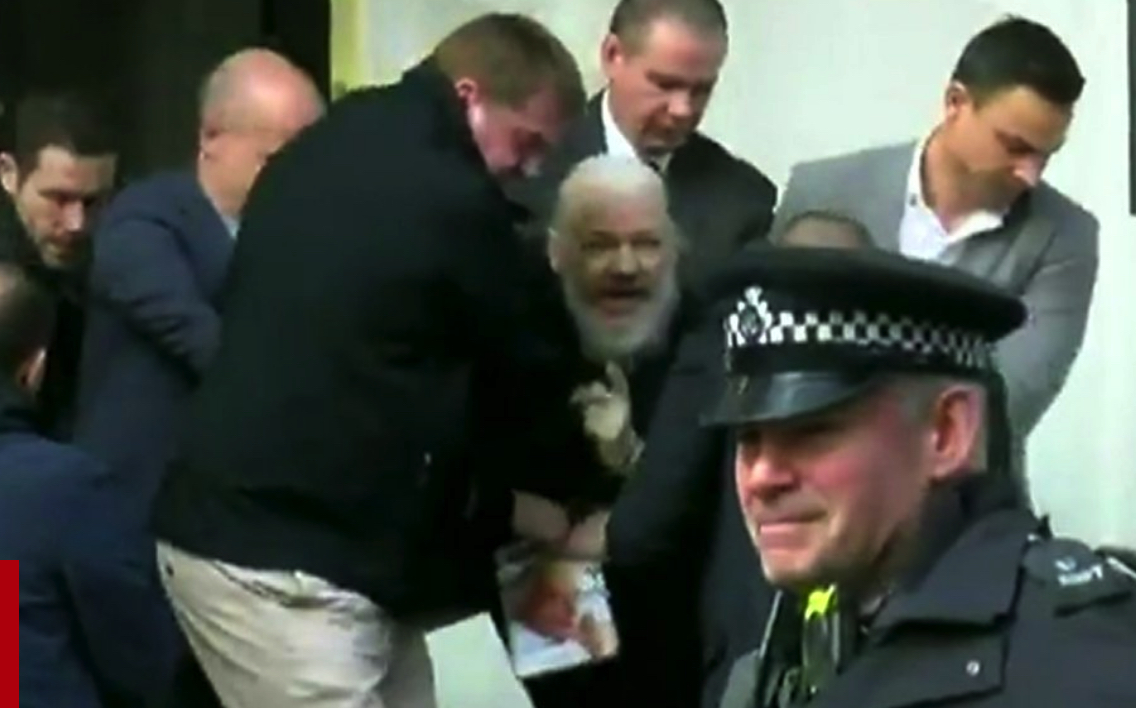 Wikileaks founder Julian Assange was arrested today in London and removed from Ecuador's embassy there. He was taken from the embassy—video shows a cuffed Assange dragged by several men through its doors—after his asylum was withdrawn and officers invited in.

Assange stayed in the embassy for six years to avoid a sexual assault case in Sweden that was eventually closed, but still faced arrest for skipping court dates. The U.K. Foreign Office admitted, however, that his arrest today was made at the behest of U.S. authorities over "computer crimes" charges that await him there.

WATCH: Julian Assange gets arrested by Met Police after being expelled from the Ecuadorean embassy https://t.co/SqoTLtsSQV pic.twitter.com/2qvXzq7cD2

But Wikileaks tweeted that Ecuador had acted illegally in terminating Mr Assange's political asylum "in violation of international law".

Home Secretary Sajid Javid tweeted: "I can confirm Julian Assange is now in police custody and rightly facing justice in the UK.

The U.S. charges are unclear but likely relate to Wikileaks' publication of documents and videos showing U.S. war crimes, misconduct and a plethora of other embarrassing and classified information. Wikileaks maintained that Assange's detention and asylum ultimately concerned these plans to extradite him to America.

UPDATE: It's confirmed that the arrest is "at the behest" of the U.S. government.

British home office confirms Assange was arrested at the behest of US for “computer related” offenses pic.twitter.com/bUnKFIDu91

Nearly 7yrs after entering the Ecuadorean Embassy, I can confirm Julian Assange is now in police custody and rightly facing justice in the UK. I would like to thank Ecuador for its cooperation & @metpoliceuk for its professionalism. No one is above the law

Important background for journalists covering the arrest of Julian #Assange by Ecuador: the United Nations formally ruled his detention to be arbitrary, a violation of human rights. They have repeatedly issued statements calling for him to walk free--including very recently. pic.twitter.com/fr12rYdWUF