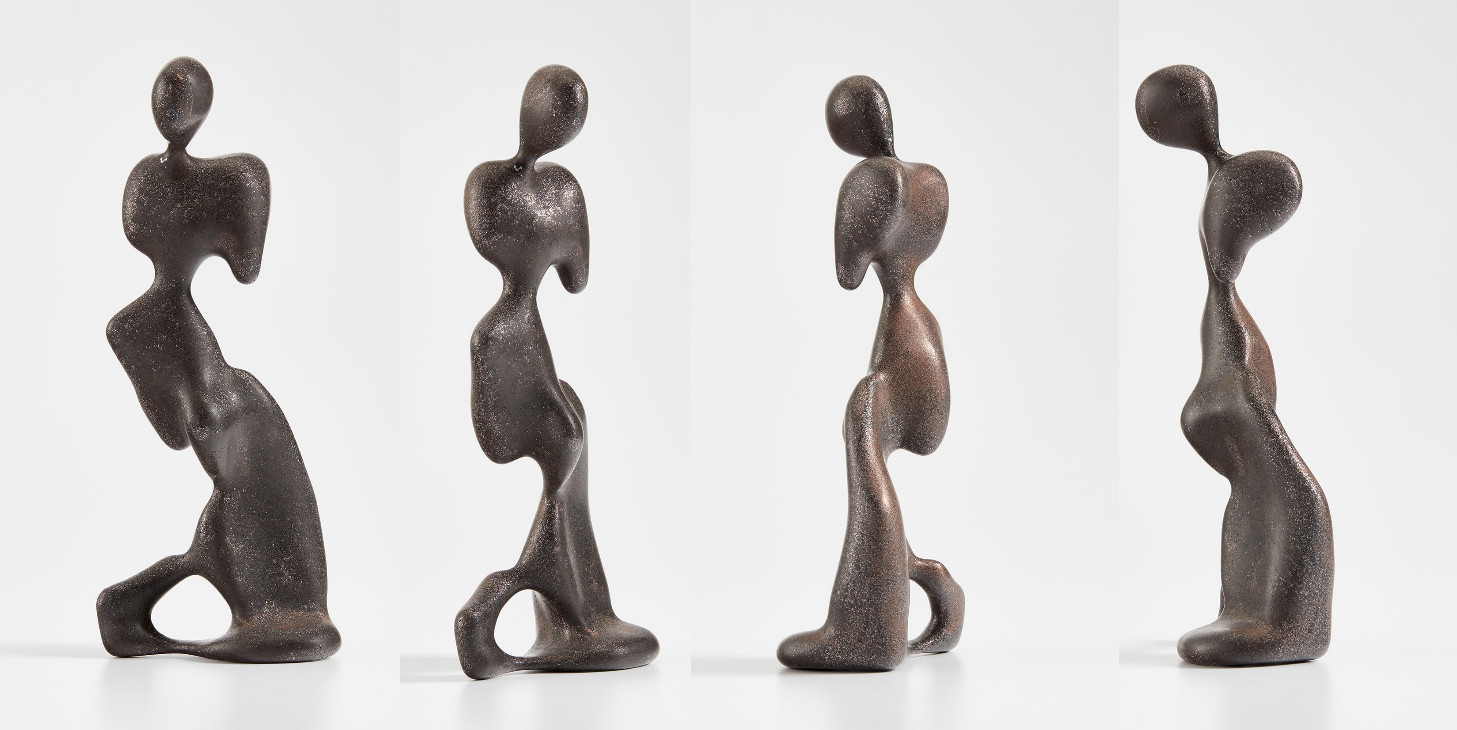 Ben Snell's sculpture Dio was created by training a machine learning system on a corpus of 1,000+ sculptures, tweaked in some unspecified way by Snell, who then 3D printed a mold based on the final shape: he filled the mold with a resin impregnated with the computer that ran the algorithm, which Snell had ground to powder.

“I consider myself, not the computer, to be the artist,” he says. But he also talks enthusiastically about the agency of his algorithms, saying that “Dio began by trying to recreate from memory every sculpture it saw” and that he asked the computer “to close its eyes and dream of a new form.” He says he choose to use this figurative language because it makes these digital processes more relatable to humans.