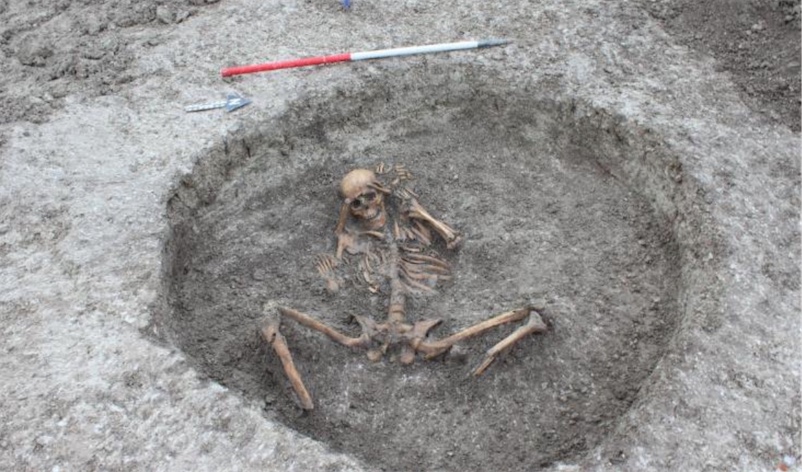 Engineers digging to lay water pipes in Oxfordshire, England turned up more than two dozen 3,000-year-old human skeletons, some of which were likely killed in sacrifices. From CNN:

The remains of 26 people from the Iron Age and Roman periods were found, including a woman with her feet cut off and her arms bound behind her head, and another person with their skull placed by their feet...

Archaeologists inspecting the remains believe the people found were from the same community involved in creating the Uffington White Horse, a prehistoric chalk sculpture on a nearby hill...

The findings "provided a glimpse into the beliefs and superstitions of people living in Oxfordshire before the Roman conquest," said Neil Holbrook, chief executive of Cotswold Archaeology. "Evidence elsewhere suggests that burials in pits might have involved human sacrifice."