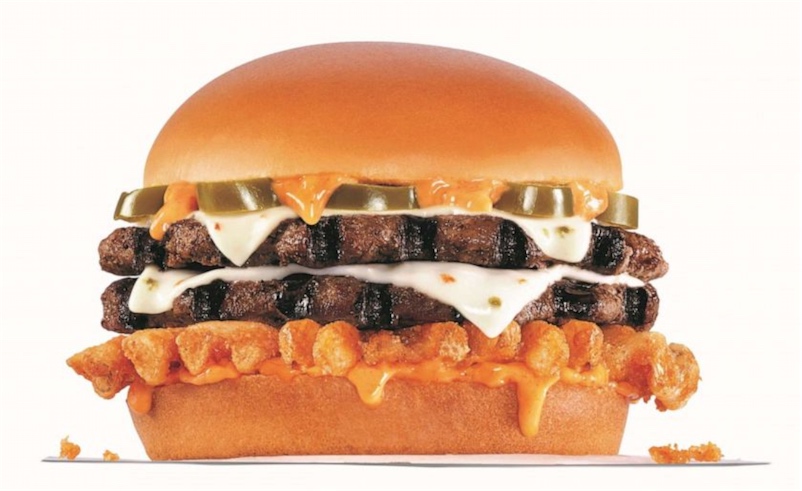 On April 20 (4/20, duh), Carl's Jr. will sell a cannabidiol (CBD)-infused burger at one of their Denver, Colorado locations. It's called the Rocky Mountain High: CheeseBurger Delight. Of course, CBD actually doesn't get you high but can provide other benefits as an analgesic, to reduce inflammation, alleviate anxiety, etc. Anyway, the fast food chain insists this isn't a publicity stunt but the beginning of an actual market test. From CNN:

"It is something that feels right for the brand," (Carl's Jr. senior vice president of brand marketing Patty Trevino) told CNN Business. "We are all about innovation..."

The chain first decided to explore CBD in January, after introducing a product based on another trend. Earlier this year, the chain announced a plant-based alternative to its signature burger in partnership with Beyond Meat.

"I was sitting down with our head chef Owen Klein, and we were talking about trends," Trevino said. After the Beyond Meat launch, they came up with a wish list that included a CBD product. "We looked at ourselves and said, you know what, let's try."

Starting small, in a market where cannabis regulation is "really strong," will allow Carl's Jr. to figure out how to move forward. Testing CBD could give the company an edge over competitors, because most of its locations are in Western states, where recreational cannabis is legal.