Turn your LEGO® characters into pilots with this DIY drone kit 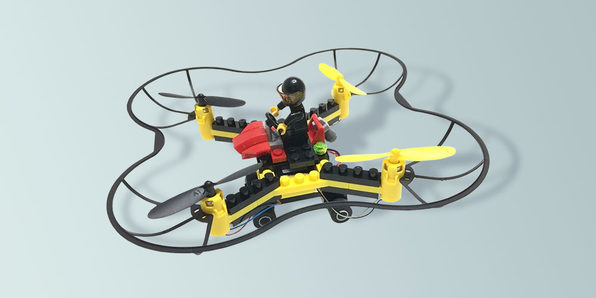 Who said LEGO® had to be ground bound? With The Force Flyers DIY Building Block Fly 'n Drive Drone, you can turn LEGO® and other building-block creations into fully-functional flying machines. It's available now in the Boing Boing Store for $39.99.

This kit comes with everything you need for remote-controlled long distance flight, including a 6-axis gyroscope, a 2.4 GHz wireless transmitter, and extra rotors for when you inevitably crash. Its plastic frame is covered in studs that are compatible with most brick-building toys, so you can get creative with your quadcopter’s design. Once assembled, you can precisely pilot your flyer through all kinds of tight spaces with the bundled digital proportional controller.

Children of all ages will have fun learning about the physics of flight with this hands-on project. Pick up the Force Flyers DIY Building Block Fly 'n Drive Drone here for $39.99.