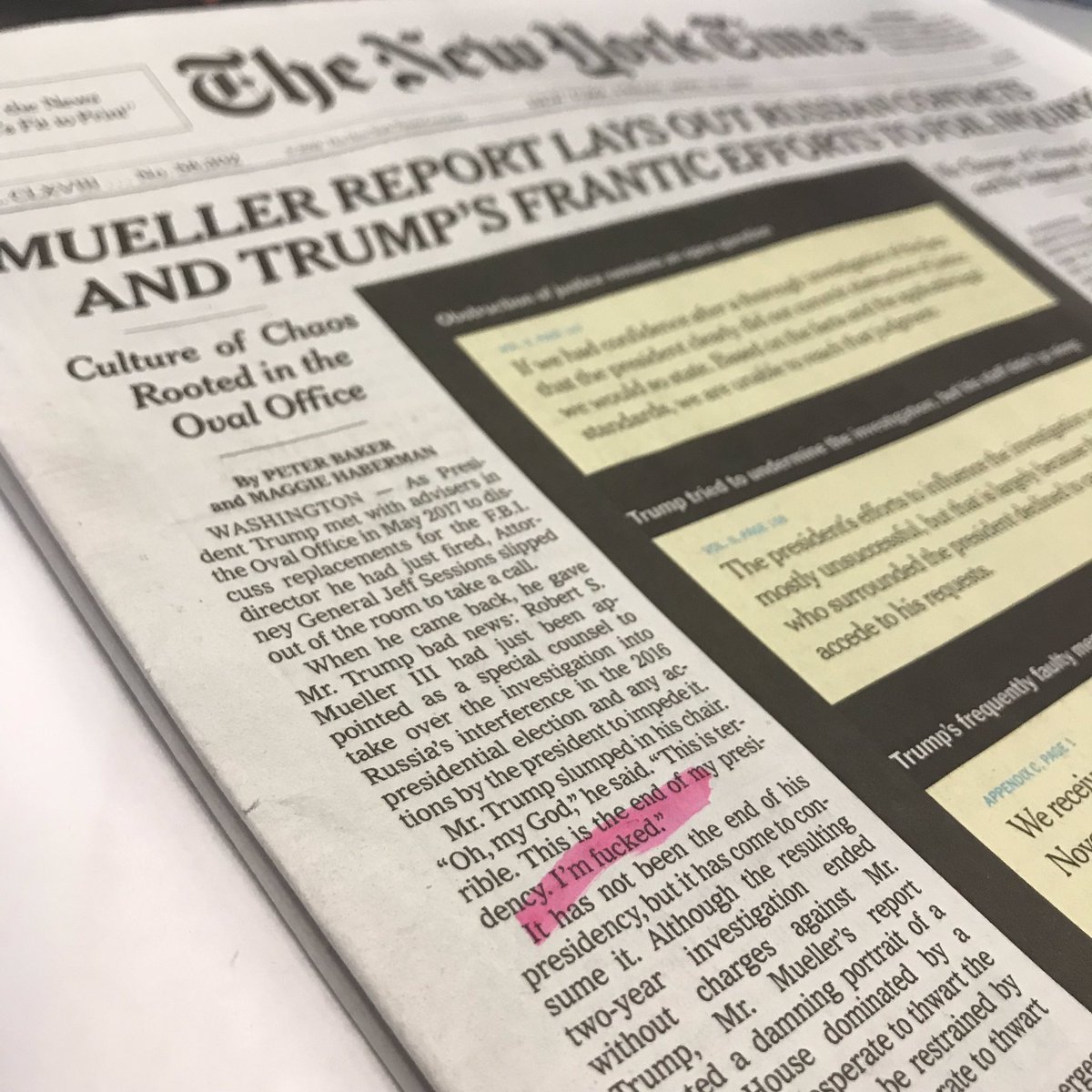 Hell has frozen over.

[photo swiped from the wonderful @armandoarrieta, who you must follow.]

But wait there is more.

But if you’re into redactions, we got you covered too. pic.twitter.com/rZMLaOGMze

As standards editor at @latimes, I fielded the occasional request to print a fully spelled-out F-word. I would say, "Sorry, the big bosses aren't going to go for that, but if it's the president or the pope next time, let's talk." Welp … pic.twitter.com/Dj0Rdg0U7u