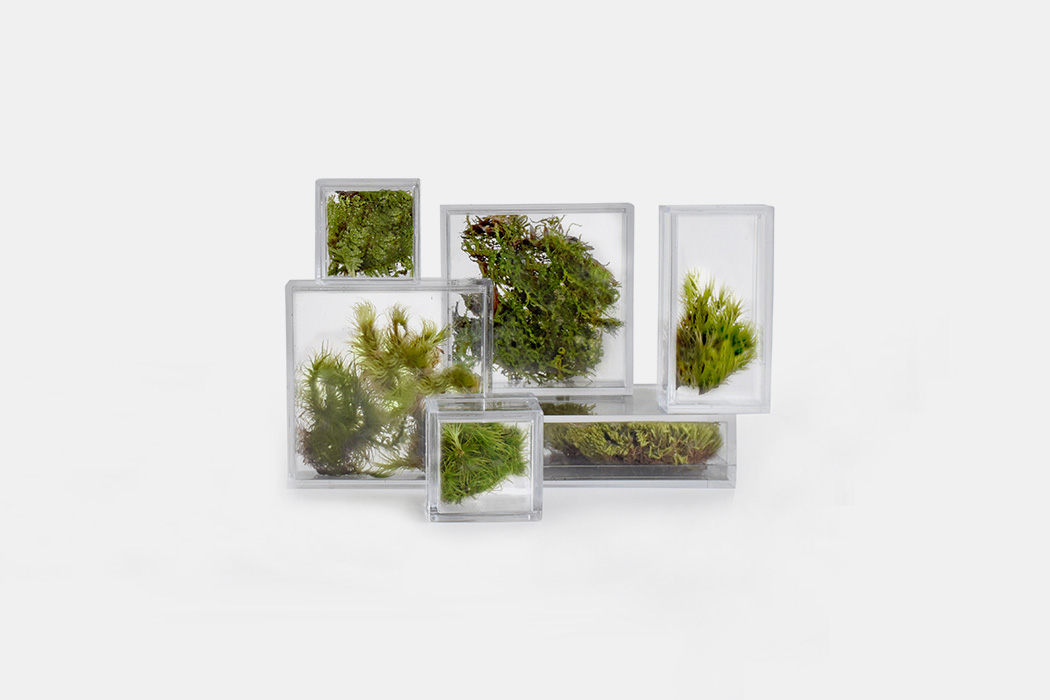 Level Scapes' desktop microterrariums are matchbox-sized, stackable sealed boxes with miniature ferns and mosses that only require water and sunshine; they're $39 for a set of six (25% of with the coupon code yankodesign). (via Yanko Design)