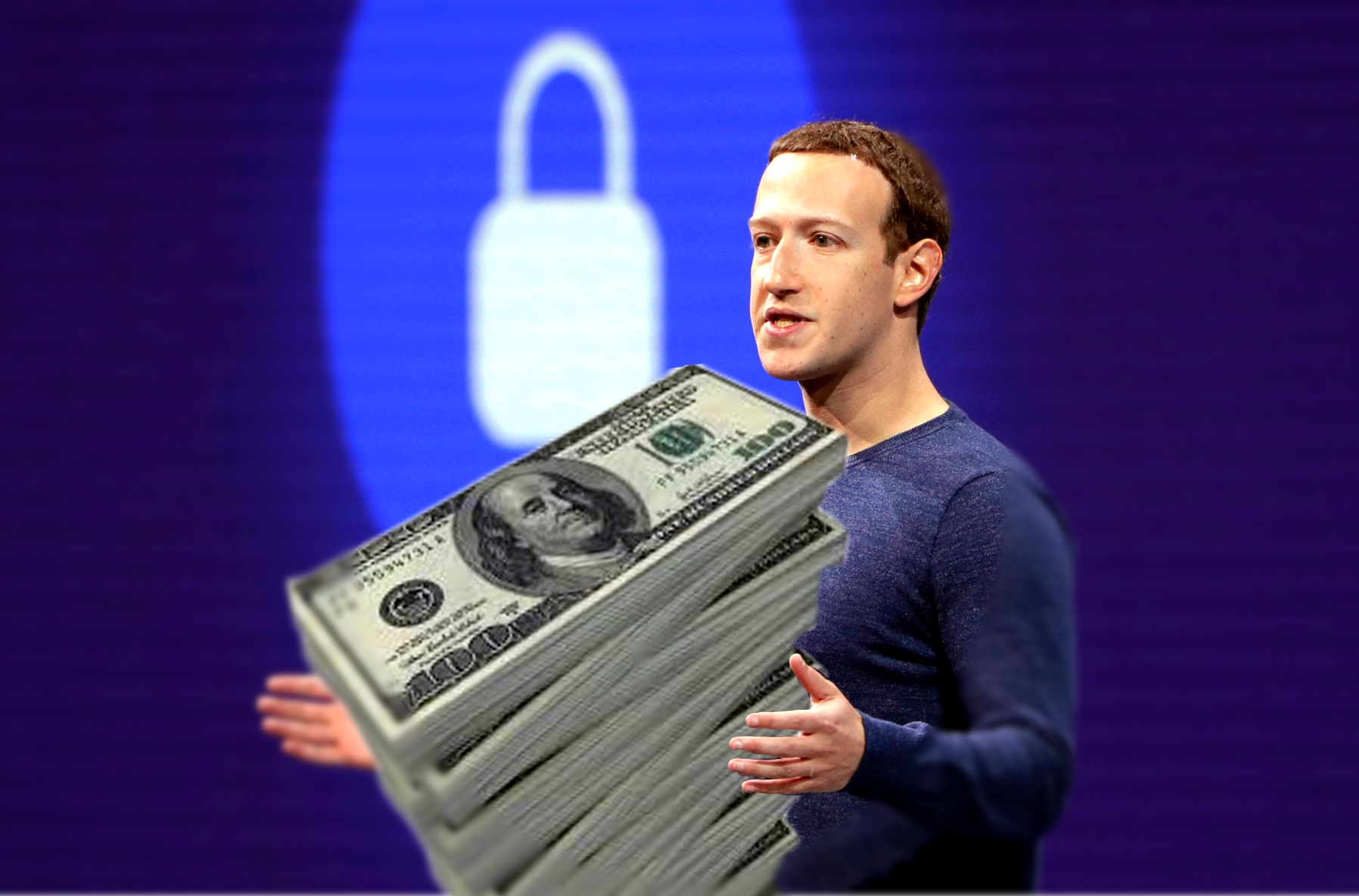 In a statement accompanying its First Quarter 2019 financial results, Facebook revealed it expects to be fined $3 to $5 billion by the U.S. Federal Trade Commission over privacy violations.

$5 billion is a drop in their ginormous bucket of money and eyeballs.

"We had a good quarter and our business and community continue to grow," quoth Mark Zuckerberg, Facebook founder and CEO. "We are focused on building out our privacy-focused vision for the future of social networking, and working collaboratively to address important issues around the internet."

In the first quarter of 2019, we reasonably estimated a probable loss and recorded an accrual of $3.0 billion in connection with the inquiry of the FTC into our platform and user data practices, which accrual is included in accrued expenses and other current liabilities on our condensed consolidated balance sheet. We estimate that the range of loss in this matter is $3.0 billion to $5.0 billion. The matter remains unresolved, and there can be no assurance as to the timing or the terms of any final outcome.

From Cecilia Kang and Mike Isaac at the New York Times:

The Silicon Valley company and the F.T.C. have been in negotiations for months over a financial penalty for claims that Facebook violated a 2011 privacy consent decree. In 2011, the company promised a series of measures to protect its users’ privacy after an investigation found that its handling of data had harmed consumers. The F.T.C. opened a new investigation last year after Facebook came under fire again for the improper handling of people’s data involving Cambridge Analytica, a political consulting firm, as well as a major data breach.

Global regulators, privacy advocates and the technology industry have watched the investigation as a referendum on the ability of the United States to rein in the power of tech behemoths. A fine of $3 billion to $5 billion would be a milestone for the F.T.C., which is regarded as having allowed the tech industry to grow unfettered.

The F.T.C.’s biggest fine for a tech company was $22 million against Google, in 2012, for misrepresenting how it used some online tracking tools.

If the commission does levy a $5 billion penalty, it would bring the United States closer to the actions of regulators in Europe. Last year, regulators there fined Google a record $5.1 billion for abusing its power in the mobile phone market and ordered the company to alter its practices.

The F.T.C. declined to comment. The agency has not reached a final decision, said two people familiar with the situation, who were not authorized to speak publicly.

The prevailing wisdom: A one-time fine of this size won't be meaningful to Facebook.

The likely coming FTC mandates to limit the company's ability to share user data with business partners, or requirements that Facebook tell you when and how it gathers your data.

the numbers looked messed up — about half of what investors expected — b/c of the financial penalty preparation set aside and it's in GAAP. otherwise would have been a big beat.

Zuck: "I don't think ppl want companies making rules w/out more democratic process. There should be public process for determining what's allowed through gov or industry. Having common standards around content moderation is critical since people use so many services"

Zuck: "There's a bigger opportunity with the digital living room to build a privacy-focused platform ... The plan is to build this the way we've developed Whatsapp." (Focus on messaging, encryption, building products on top of that.)

1) the settlement will likely include *all* past consent-decree violations
2) its unlikely FTC will re-open an investigation if they're in the middle of negotiations...

$5 billion is about one month's revenue for Facebook. https://t.co/7Pv1oOTpjM

Facebook says it expects "ad targeting headwinds" to be more pronounced in second half of 2019.