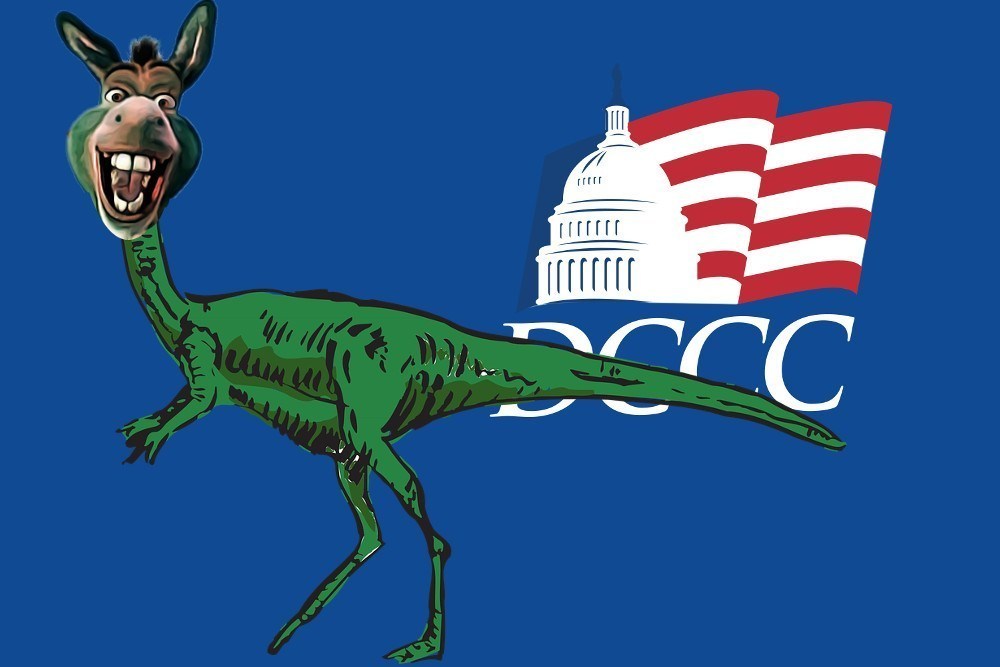 The Democratic Congressional Campaign Committee says that it will refuse to contract with any vendor or consultant that offers services to primary challengers for the Democratic nomination: it's a rule that ensure that candidates like Alexandria Ocasio-Cortez (who won a primary challenge against Joe Crowley, a right-wing finance industry creep who'd sat as a Democratic Congressman since 1999) will not be able to depose other establishment Dems.

In response, 31 colleges' Young Democrats clubs have called for a boycott of the DCCC, urging Democratic supporters to donate to individual candidates (including progressive primary challengers) rather than the national organization.

“The rule would financially deter and greatly disadvantage vital new voices in our party, who are often younger and come from underrepresented and historically marginalized communities and identities,” the students’ letter reads. “Primary challengers are essential to ensure that the Democratic Party is continually held accountable to the needs of our constituents. This blacklist policy is undemocratic and antithetical to our values of inclusion and diversity.”

The students also call out the DCCC for releasing the vendor rule alongside a statement affirming its commitment to diversity. They cite Pressley, who said that Democrats “cannot credibly lay claim to prioritizing diversity & inclusion when institutions like the DCCC implement policies that threaten to silence new voices and historically marginalized communities.”

"It's hard to sum up what happened tonight. But most of it was a bunch of guys with no chance to win the Democratic nomination yelling Republican talking points at the people who can. It was like watching the seven dwarves offering Snow White a poison apple."