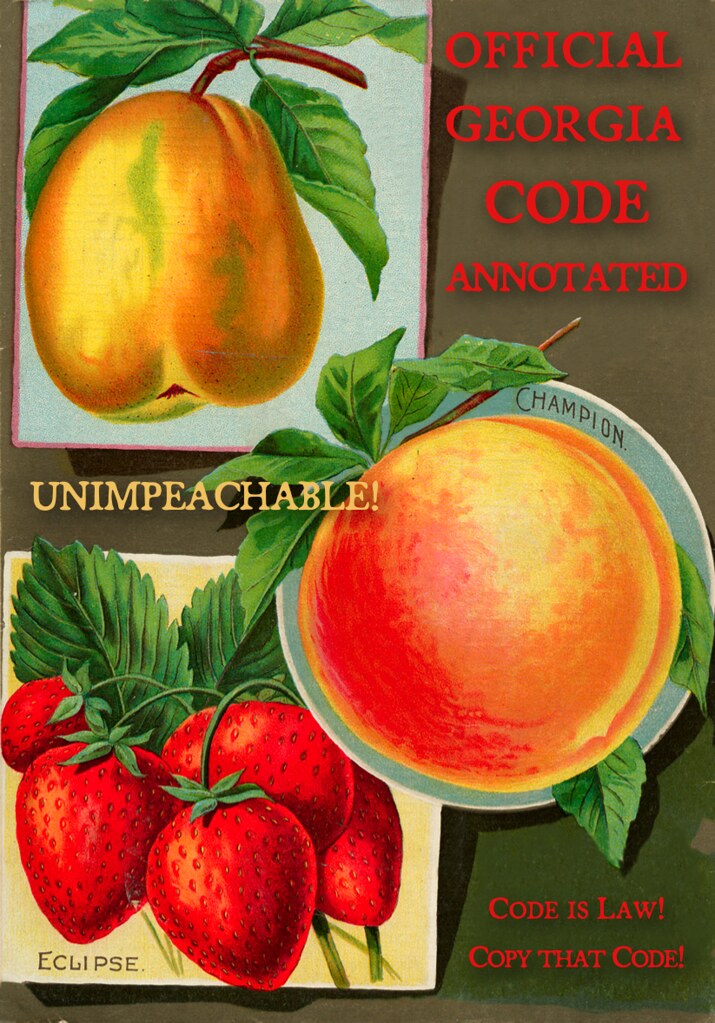 Attentive reader will note that rogue archivist Carl Malamud (previously) published the laws of Georgia — including the paywalled annotations to the state laws — in 2015, prompting the state to sue him and literally call him a terrorist; Malamud countersued in 2015 and won a huge victory in 2018, when the US Court of Appeals for the 11th Circuit ruled that the law could not be copyrighted.

Now, the State of Georgia wants to go to the Supreme Court to argue for its right to charge the people of Georgia to know which laws they are supposed to be following. There's a lot at stake: Malamud has been threatened by Idaho, Oregon, Mississippi, and the District of Columbia for posting state laws and is being sued by six plaintiffs in DC for posting public safety laws, and has received a dozen more takedowns from Standards Development Organizations whose standards have been incorporated into state law.

Malamud and his counsel (Elizabeth Rader and Tom Goldstein and Eric Citron of Goldstein & Russell),are responding to Georgia's petition and they are seeking amici: if you are a law student or practicioner they would like you to sign onto this amicus brief prepared by Jeff Pearlman by filling in this form.


They're closing the brief to new signatories on May 2, and you might consider signing this on May 1, which is "Law Day" (Eisenhower declared this in 1958, as a way of rebranding the Communist May Day; the bar celebrates Law Day every year on May 1).

A. Law Students Must Have Full Access to
the Law.

Whether a law student intends to practice law,
teach it, or do something else entirely, a core purpose
of law school is to give students the tools they need to
read, analyze, and understand the law. But their
learning can be only be as complete as their access to
the law is. When copyright law hamstrings that
access, it also hobbles legal education.

Part of a legal education is studying the
differences between the laws of multiple jurisdictions.
When the law is balkanized, with each jurisdiction is
only available through some favored private entities,
this task is made more difficult. When the only freely
available versions of the law omit critical information
like the OCGA's annotations, it becomes even harder.
And when copyright restrictions mean the law of some
jurisdictions is not available for free at all, this simply
cannot be accomplished.

Relying on schools to provide full access is also no
solution because the law is then available only to those
whose schools can afford particular, expensive
databases. Basic fairness demands that government
not favor well-resourced schools and their students
over others. Even if, in some instances, these
databases are offered to law schools for free, it is not
enough—their access to the law must not be
conditioned on the good graces of private entities
governed, ultimately, by a profit motive.

The Court should grant certiorari to ensure that
ability to effectively study the law that governs us all
is uniformly available and is not determined by the
preferences individual private entities.