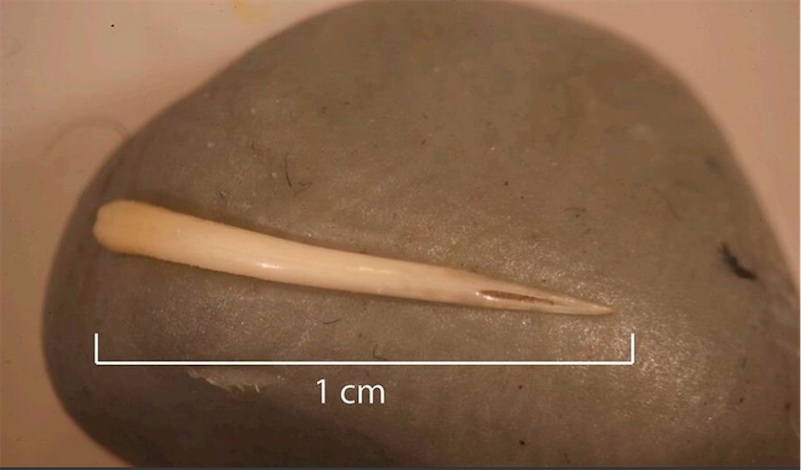 An archaeologist analyzing a pile of prehistoric human poop found the remains of an entire viper, including a fang. Researcher Elanor Sonderman was studying the indigenous people who, 1500 years ago, used a cave in Texas's Lower Pecos canyonlands as a shelter and bathroom. One way archaeologists learn about a long-gone civilization's diet and health is to dig into their coprolites (preserved feces). According to Sonderman, the snake wasn't cooked, descaled, deboned, or apparently defanged before it was eaten. WTF? One theory is that the eater was tripping on peyote. From National Geographic:

Though Sonderman’s research team proposes that the snake was eaten for “a distinctly ceremonial or ritualistic purpose,” there’s no way to tell for sure. “I wouldn't want anyone to say ‘We have a snake worshipping culture where people consume snakes ritualistically,’” says Sonderman. “That’s not what we’re trying to say. It’s only one example.”

What the fang does suggest, she says, is that it wasn’t unheard of for people to eat venomous snakes—but, given its uniqueness, it could have been consumed on a special occasion. Or not. Maybe it was just a dare—or a very dangerous dietary preference.

"1,500 years ago, someone ate a venomous snake whole. Why?" (National Geographic)