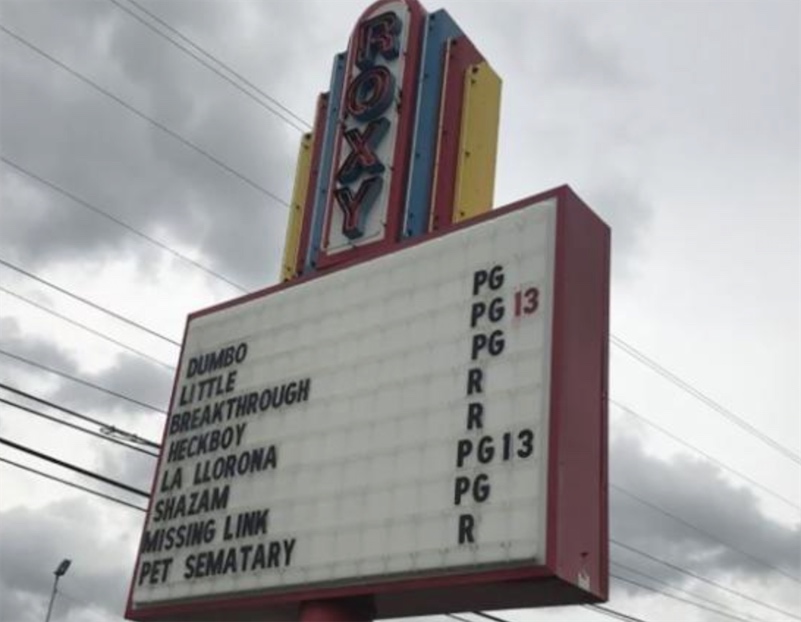 The Roxy 8 Movie Theater in Dickson, Tennessee changed the title of Hellboy to Heckboy on its marquee. From WZTV:

(Owner Belinda) Daniel told FOX 17 News that she has never displayed any words on the sign that may be seen as profanity, especially since the Roxy is next to Oakmont Elementary School...

“As it turned out, our play on words became a little more exciting than we expected,” Daniel said. “We are glad that we could share a small bit of our great community while also sharing a laugh with the rest of the world...”

Daniel said the sign is the only place where the movie’s title was changed. It appears as “Hellboy” both on the theater’s website, and on the billboards posted on the front of the theater.

Entertainment / language / movies / what the hell