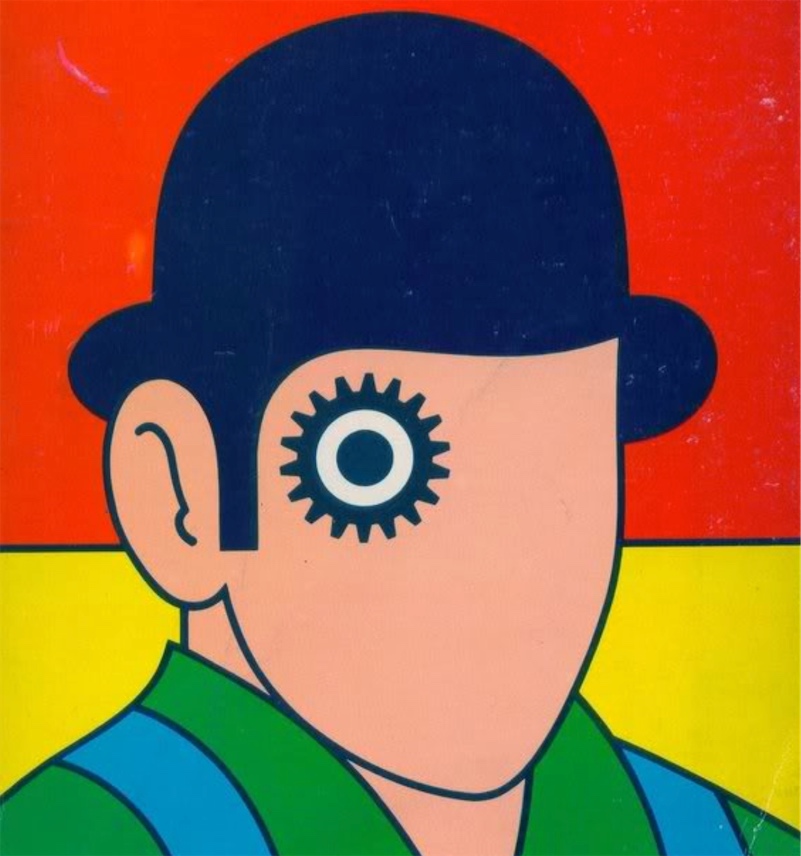 Attention, Droogs! A sequel to Anthony Burgess's A Clockwork Orange has turned up in the author's archives. According to Andrew Biswell, director of the International Anthony Burgess Foundation, the 200-page manuscript, titled "The Clockwork Condition," "provides a context for Burgess's most famous work, and amplifies his views on crime, punishment and the possible corrupting effects of visual culture." From the BBC News:

Burgess himself described the work as a "major philosophical statement on the contemporary human condition", outlining his concerns about the effect on humanity of technology, in particular media, film and television.

It also explains the origins of his novel's unusual title.

"In 1945, back from the army," an extract reads, "I heard an 80-year-old Cockney in a London pub say that somebody was 'as queer as a clockwork orange'.

"The 'queer' did not mean homosexual: it meant mad... For nearly twenty years I wanted to use it as the title of something... It was a traditional trope, and it asked to entitle a work which combined a concern with tradition and a bizarre technique..."

Prof Biswell, who is also professor of English at Manchester Metropolitan University, said the author abandoned the manuscript when he came to realise "he was a novelist and not a philosopher".