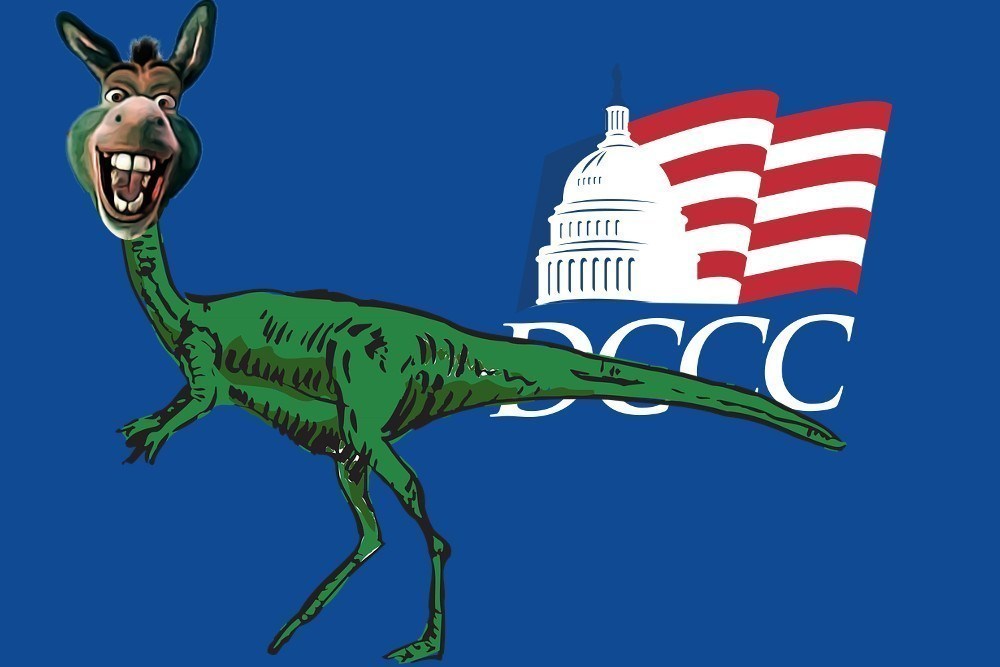 Lipinski sits in one of the Democrats' safest seats, meaning whomever wins the Democratic primary in his Illinois district automatically gets sent to Congress, so the only way to oust him is to defeat him in a primary race.

Enter the Democratic Congressional Campaign Committee, who have banned any primary challenges to any sitting Democrat in 2020, with a policy that says that no DCCC-backed candidate may procure services from consultants or suppliers who work on a primary challenge.

The DCCC and the Democratic establishment have a long history of backing Lipinski, and in 2018, they helped fend off a primary challenge by Marie Newman (@Marie4Congress, donate here), a progressive, small-money-backed Democrat.

Newman (whose 2018 challenge fell short by 2.2%) wants to challenge Lipinski in 2020, and the DCCC has already begun to sabotage her campaign. Last week, Campaign Pro's Laura Barrón-López announced that she was quitting Newman's campaign because of pressure from the DCCC. Newman has also lost the services of two mail firms because of the DCCC's ban.

The DCCC's ban on primary challenges has the full support of the party establishment, including Nancy Pelosi.

I have just donated $200 to Newman's campaign. I will not give one dime to the DCCC. 31 colleges' Young Democrats chapters are also boycotting the DCCC and calling on supporters to directly support individual candidates, including progressive primary challengers to reactionary scumbags like Lipinski.

“The DCCC would rather stand with a so-called Democrat who has stood against reproductive, immigrant, and LGBT rights and a $15 minimum wage rather than allow a fair competition and choice for voters,” said Alexandra Rojas, head of Justice Democrats. “The Democratic Party leadership is choosing machine politics over ushering in a new generation of leaders and the fundamental idea of democracy. Dan Lipinski needs to go and Marie came within 1,600 votes of defeating him with progressive support in 2018. We look forward to Marie finishing the job, but have not made a formal endorsement at this time.” Newman told Politico and confirmed to The Intercept that the two mail firms that dropped her campaign did so specifically because of the DCCC policy implemented by Rep. Cheri Bustos, who chairs the committee. Newman said that a number of consultants unaligned with the DCCC reached out to her on Friday and that she is putting her campaign back together. “It’s tricky,” she told The Intercept. “This has been very expensive for my campaign — it’s cost time and money and effort and frustration, but we’re working through it.