This custom-fit sleep mask makes for a restful bedtime 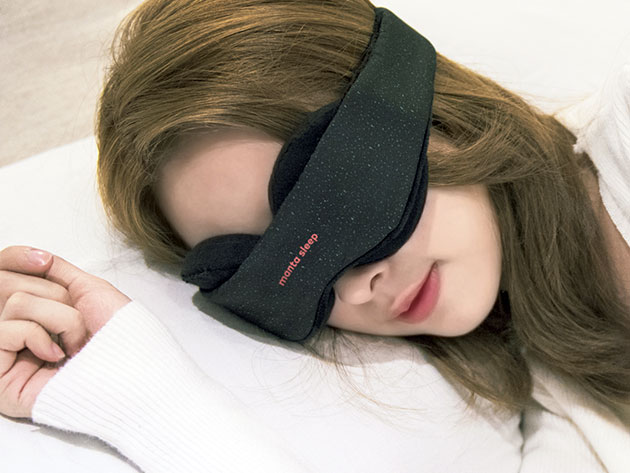 Having trouble sleeping? A sleep mask can be the solution for many, but it's an imperfect one. Too tight of a fit, and it's uncomfortable. Too loose, and it can come undone or let in outside light.

The industrial designers behind the Manta Sleep Mask have clearly thought about this a lot, and they've given light sleepers a very happy medium.

The innovations in their Manta Sleep Mask are simple but crucial. First, the memory foam eyepieces are velcro-adjustable, allowing you to position them for a perfect fit on your face. That means no outside light whatsoever. What's more, the convex shape of the eyepieces ensures that there's no pressure on your eyes - something that can interfere with REM sleep. Comfortable elastic bands and micro-velcro adhesive ensures a perfect wrap around your head without getting stuck in your hair, and it even comes with blackout strips for those tiny lights on the various devices in your room.

All in all, it's a complete kit for the perfect night's sleep. The Manta Sleep Mask & Blackout Stickers are currently $29.99, a full 24% off the list price.