Capybara enjoys meditating in the bath 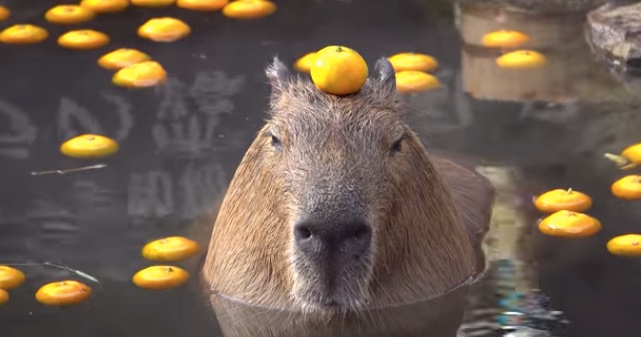 Not entirely sure what's going on in this video as I do not speak Japanese, but the title is:

And to be honest, that is enough for me.

I aspire to achieve the apparent serenity this capybara exudes, even when they haz a little orange on their head.