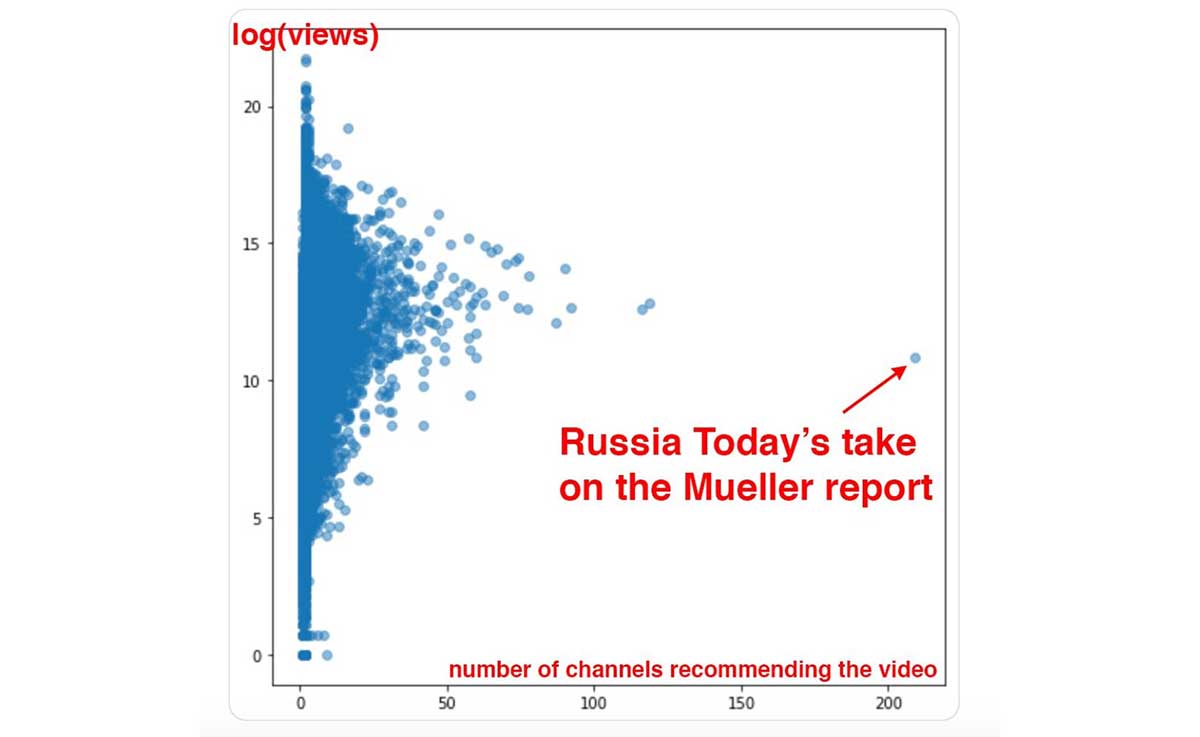 YouTube's recommendation algorithm decided that the Russian government-funded Russia Today channel had the best analysis of the Mueller report, according to an analysis by Guillaume Chaslot.

The video had only 50,000 views, yet YouTube's algorithm overwhelmingly favored it over hundreds of other much more popular videos produced by independent news organizations.