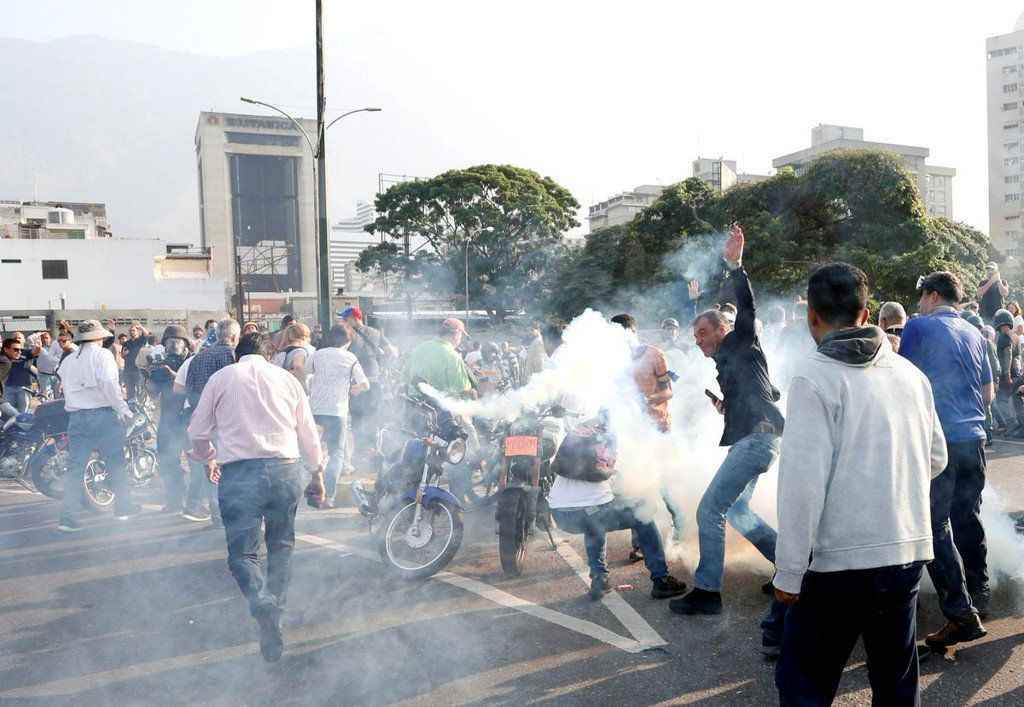 Juan Guaidó, the opposition leader in Venezuela who is supported by the Trump administration, published a video message online on April 30 that calls for a military-backed challenge to Venezuelan President Nicolás Maduro.

#UPDATE Venezuela's government has vowed to put down what it called an "attempted coup" as opposition leader and self-proclaimed acting president Juan #Guaido said troops had joined his campaign to oust President Nicolas #Maduro https://t.co/Q3nixWv5mU pic.twitter.com/ZNvX27s7Dw

NetBlocks, an organization that tracks connectivity and electricity in Venezuela, tweeted this morning that “multiple internet services” are currently being “restricted.”

VPN use is highly encouraged for those in Venezuela.

Vice President Mike Pence tweeted “vayan con Dios,” which probably means the U.S. is itching to get our military involved.

Anyone recall exactly what Russia's foreign policy goals are in Venezuela?

Be a good time to brush up on that.

I would imagine Trump's response will be aligned with whatever Putin needs.

The Army has been using rubber bullets and tear gas until now, for the most part, when shooting at protesters. Today they are using live ammunition.

#UPDATE Venezuela's government has vowed to put down what it called an "attempted coup" as opposition leader and self-proclaimed acting president Juan #Guaido said troops had joined his campaign to oust President Nicolas #Maduro https://t.co/Q3nixWv5mU pic.twitter.com/ZNvX27s7Dw

Mariana Zuñiga and Anthony Faiola in the Washington Post, with live updates:

Venezuelan opposition leader Juan Guaidó appeared Tuesday with troops at a Caracas military base to announce a “final phase” to remove President Nicolás Maduro from office. This is what we know:

● Guaidó urged supporters to take to the streets for “nonviolent” action, and claimed to have a list of names of military officials who support him.

● Maduro’s government denounced a “coup” attempt by a “reduced group of military officials,” called on supporters to surround the presidential palace and warned of “counterattack.”

● The military presence in Caracas increased, and tear gas was fired outside La Carlota military base.

● “Multiple Internet services” are being “restricted,” according to a monitoring service.