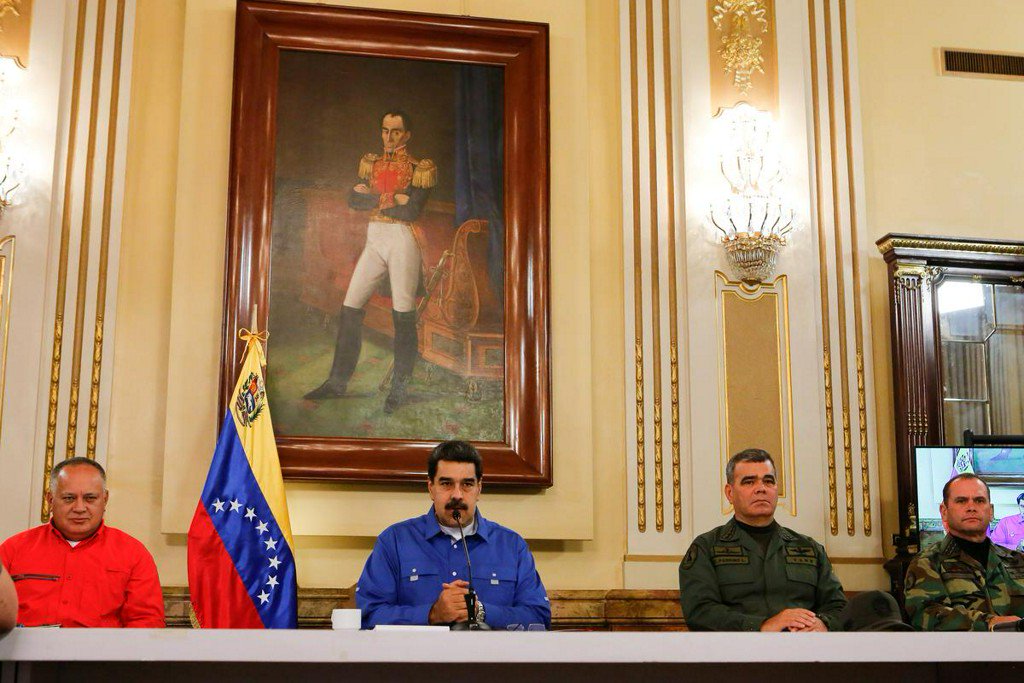 Russia claims did not tell Venezuela's Maduro to flee, disputes Pompeo and Bolton

The crisis in oil-rich Venezuela has a number of interested parties, one of which is Russia.

On Wednesday, Russia rejected allegations put forth by Trump administration members Mike Pompeo and John Bolton that the Russian government had “persuaded Venezuelan President Nicolas Maduro not to flee the country the previous day, calling the assertion a calculated attempt to demoralise the army and escalate the crisis there,” Reuters reports.

U.S. Secretary of State Mike Pompeo told broadcaster CNN on Tuesday that Maduro was prepared to leave the country that morning in the face of a call for an uprising by opposition leader Juan Guaido, but reversed his plan after Russia intervened.

Pompeo suggested Maduro had been planning to fly to Cuba, which Maduro himself has since dismissed.

Russia, which has acted as a lender of last resort to Venezuela and supplied it with weapons, has accused the United States of trying to foment a coup against Maduro, someone Moscow counts as one of its closest allies in Latin America.

Asked to comment on Pompeo’s comments, foreign ministry spokeswoman Maria Zakharova said they were part of an “information war”.

“This was absolute disinformation and fake news,” she said. Washington realised that the army’s continued support was crucial for Maduro which was why it was focusing its efforts on trying to sow doubt in it ranks, she added.

Venezuelans were expected to take to the streets on Wednesday, a day after Guaido called for the military to oust Maduro.

Zakharova said the United States had in the past waged a similar disinformation campaign about Syrian President Bashar-al Assad, another close Russian ally, which had flopped.

The Kremlin said Russia has sent 100 “military specialists” to Caracas to help out.

“This is our hemisphere,” Bolton said. “It’s not where the Russians ought to be interfering.”