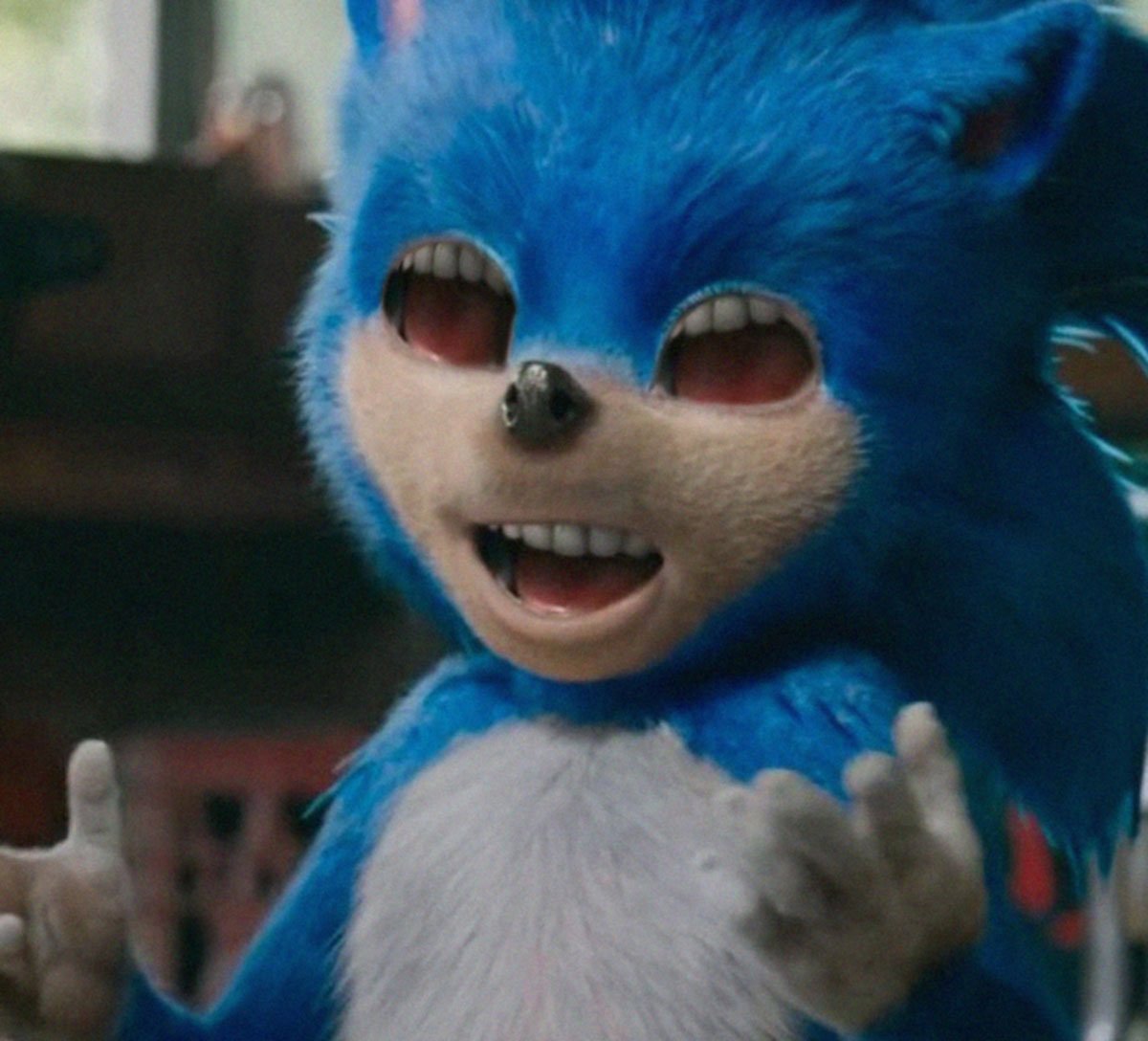 Reacting to a storm of derision on the internet following the release of Sonic the Hedgehog's first trailer, the filmmakers have promised to redesign the CGI title character before it hits theaters. A lot of work for the animators, and little time to complete it.

Thank you for the support. And the criticism. The message is loud and clear... you aren't happy with the design & you want changes. It's going to happen. Everyone at Paramount & Sega are fully committed to making this character the BEST he can be... #sonicmovie #gottafixfast ?✌️

Sure, Sonic mk. 1 was bad. But much of the hate is ironic and meaningless, and the real hate can't be addressed from the position the producers are in: exploiting nostalgia for a video game mascot whose cachet is defined by the weird emotional blank slate it presents to Gen Xers. CGI Sonic's good or badness is immaterial to its appeal—unless you were already in hell before you even saw it.

Which leads me to my point, which is that the Sega game movie we actually need is a camp as hell vaporwave Space Harrier movie.

How about a grim, nasty, almost dialog-free Golden Axe pitched somewhere about Valhalla Rising and the Polanski Macbeth? Noice.