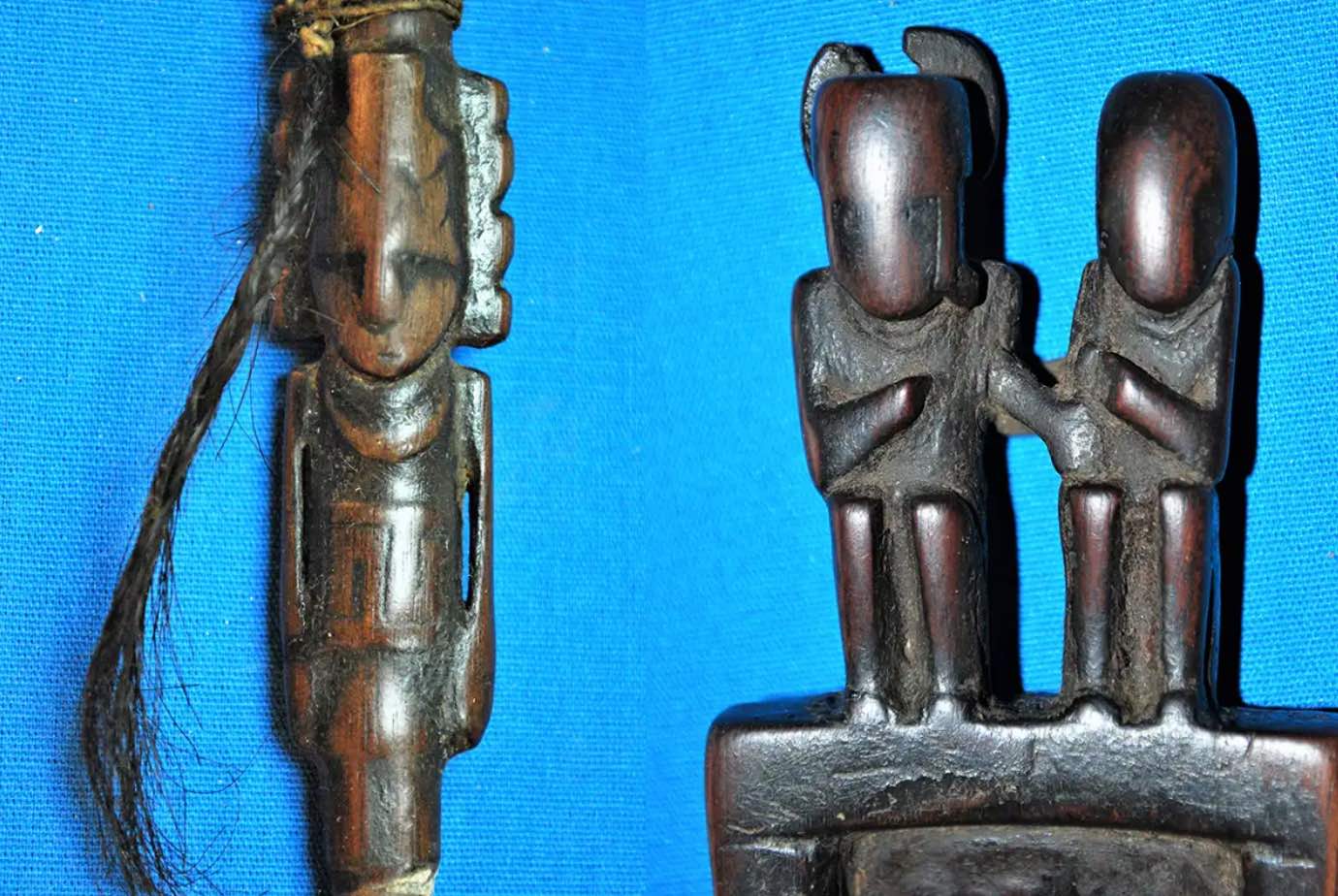 In a Bolivian rock shelter likely used 1,000 years ago for religious rituals, archaeologists found a collection of drug paraphernalia that still contains traces of psychoactive plants. A pouch made from three fox snouts likely contained a stash of leaves and seeds. From New Scientist:

(The items) include a 28-centimetre-long leather bag, a pair of wooden snuffing tablets, a snuffing tube, a pair of llama-bone spatulas, a textile headband, fragments of dried plant stems and a pouch made from three fox snouts stitched together. The snuffing tube and tablets feature ornate carvings of human-like figures.

The presence of these drugs suggests the pouch may have belonged to a ritual specialist or shaman with extensive knowledge of plants and their psychoactive properties, and used to hold leaves, seeds and other plant matter.

More in the scientific paper: "Chemical evidence for the use of multiple psychotropic plants in a 1,000-year-old ritual bundle from South America" (PNAS)