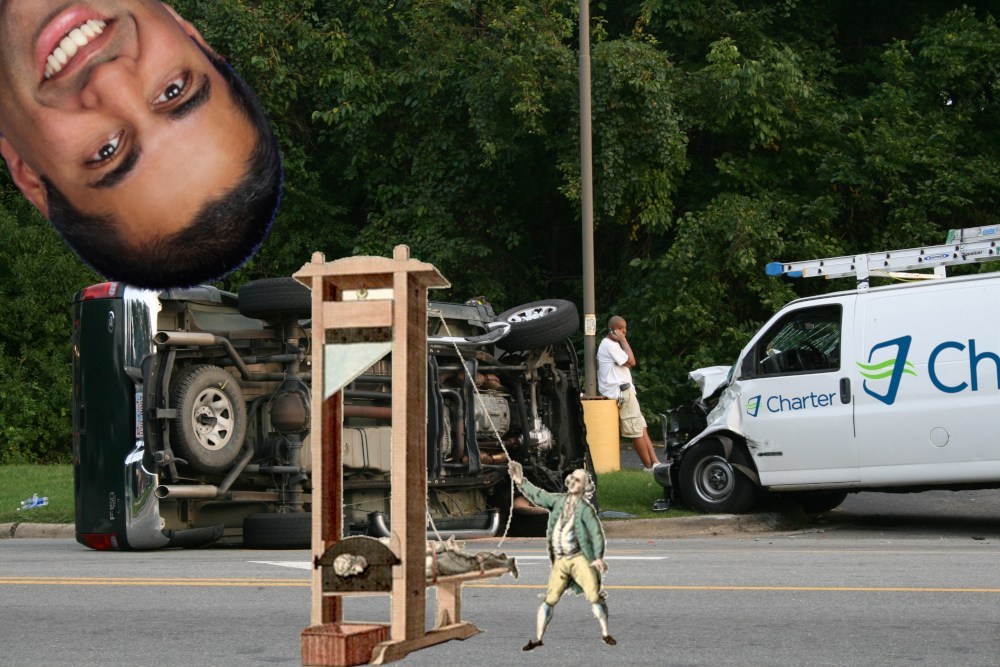 Charter isn't America's most hated company, but that's only because Comcast is so next-level terrible that they distort the leaderboard; nevertheless, Charter tries hard! Whether it's slashing billions from network outlays while raising prices way ahead of inflation or lying so egregiously that they get kicked out of New York State, Charter is relentless in its pursuit of ways to be a shitty, shitty company.

And like all strivers, Charter never hesitates to borrow from the best. That's why it's adopted AT&T's policy of no longer pro-rating your final bill when you cancel service. So if you move out of your home on the day after your billing date, Charter will charge you for a whole month's service, even though they're disconnecting you after single day.

It's just another way to say, "We don't have to care, we're the cable company."

Charter is my ISP, because they have the Burbank cable monopoly. I hate them with the heat of a thousand suns.

Charter's new notice to customers that the change is "consistent with the Terms and Conditions of Service" may indicate that the policy was previously in the terms of service but not enforced or that it previously applied to cable TV only and now covers Internet and phone service. We contacted Charter to ask for clarification on those details and will update this story if we get a response.

We've confirmed that the no-prorating policy will apply at least in Texas and Ohio, and we assume it will be enforced in most of Charter's 41-state territory. But state-specific rules may prevent it from being enforced in some places. For example, the AT&T/DirecTV policy of charging for the full final month does not apply to any accounts in California, Illinois, and New York, and doesn't apply to U-verse TV, AT&T Phone, or AT&T Internet accounts in Michigan. AT&T said this is because of "local or state regulations or for other specific reasons."

Comcast, the only US cable company with more subscribers than Charter, apparently still prorates final bills. "Except for non-refundable fees and charges, we will refund all prepaid monthly service fees charged for Service(s) after the date of termination (less any outstanding amounts due us for the Service(s), affiliate services, Xfinity Equipment, or other applicable fees and charges)," the Comcast subscriber agreement says. Verizon's website also says it prorates the final bill for FiOS residential services.