Man, 71, successfully floated across the Atlantic in a motorless metal capsule 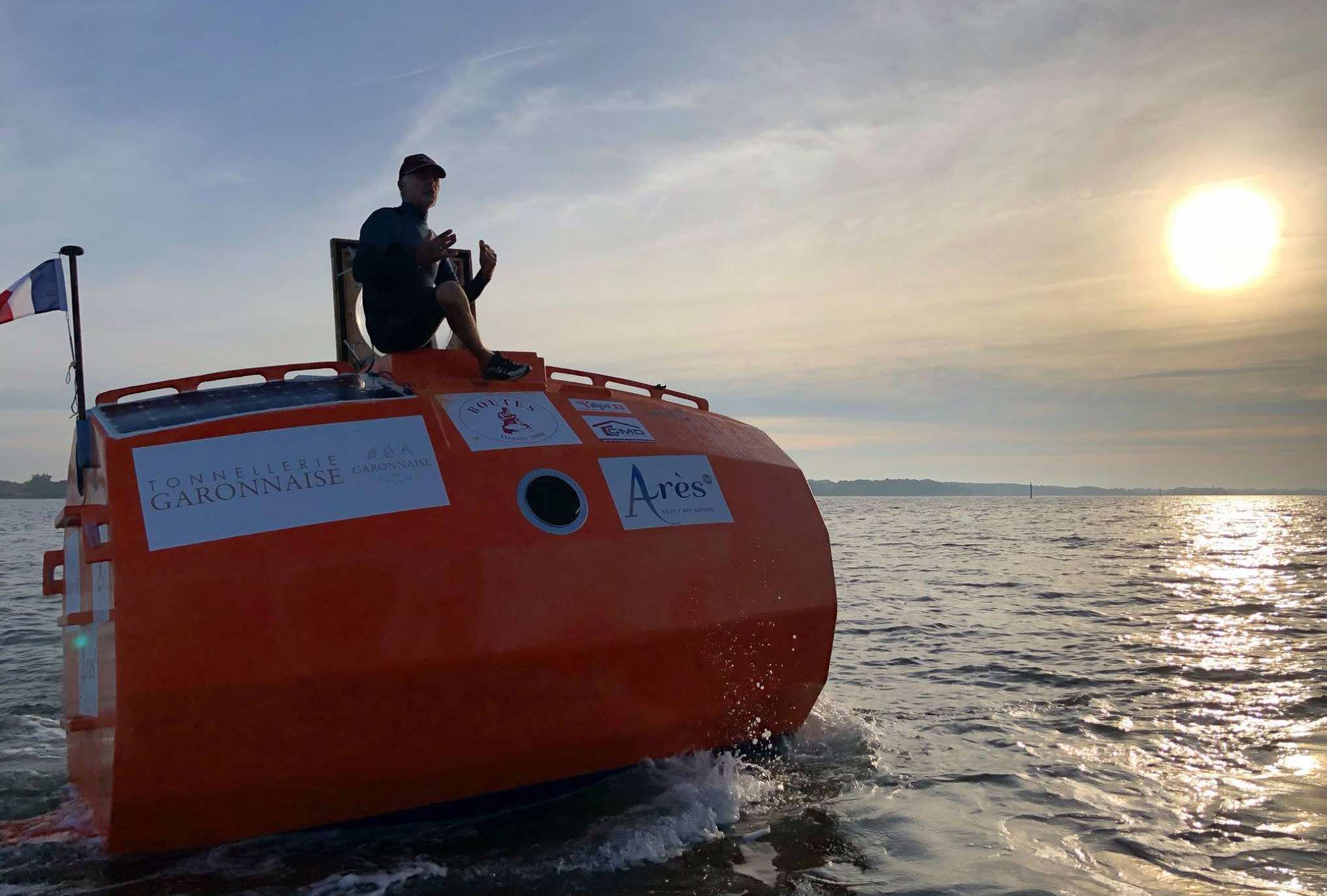 In December last year, Jean-Jacques Savin, 71, floated away from the Canary Islands off the coast of Africa in an orange capsule he'd built. Last week, he landed at the Dutch Caribbean island of St. Eustatius.

The capsule has no motor and was steered by the ocean current. Inside the 10 feet by 7 feet capsule is a bed and kitchen for Savin to cook fish he caught during the nearly 3,000 mile journey. From CNN:

The trip was not Savin's first major adventure. He previously worked as a military paratrooper and a private pilot, and climbed Mont Blanc in 2015, according to his project's website.

Savin had hoped to reach the Caribbean by late March, but missed the mark by just over a month. He still intends to make it to French-owned Guadeloupe by boat, before heading home with his barrel.

adventure / because it's there / boats / oceans / travel